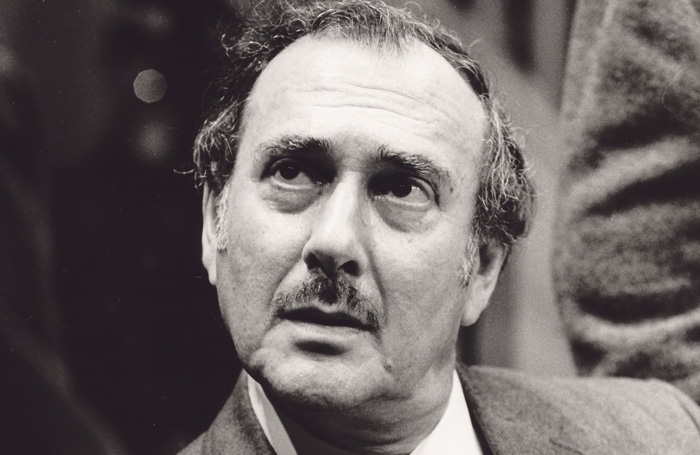 A guest who passes on to the next world and a suspicious birth. These events are a real nuisance for Roote. And on Christmas day as well.

So begins “The Hothouse”, one of the most disturbing and cruel – but sometimes comical- works by Harold Pinter who wrote the play when he was 28 .  “I wrote The Hothouse in the winter of 1958. I put aside for further deliberation and made no attempt to have it produced at the time. I then went on to write The Caretaker. In 1979 I re-read The Hothouse and decided it was worth presenting on the stage”. And so “The Hothouse”, the work by such an original title, was performed for the first time at London’s Hampstead Theatre, on April 24th, 1980 directed by Pinter himself.

As we were saying… a real nuisance for Roote, the arrogant director of a rest home who finds himself having to confront two suspicious occurences which disrupt the, on the surface, perfect equilibrium inside what will turn out to be a mental institution. The inmates, as Roote refers to them, are patients kept locked up in cells, who have lost their freedom and identity –  their names have been replaced by a four digit number – and are subjected to ferocious electroshock treatment and all kinds of abuse.

Roote has a lover, the reckless Miss Cutts , and a right-arm man, the pedantic and obsequious Gibbs, whom he asks to look into the unfortunate events and find out who is responsible. Who (presumably) killed an inmate? Who got a patient pregnant?

Investigations get under way, Yet it is Christmas, and however badly the day may have started, the director decides to wish everybody happy Christmas. He goes to his desk, sits down and turns on the microphone: “Patients, staff and understaff. A merry Christmas to you all, and a very happy and prosperous New Year. And on behalf of all the staff I’d like to wish all the understuff the very best of luck for the year to come and very happy Christmas. And to the patients I should like to send a personal greeting, to each and every one of them, whishing them the heartiest compliments of the season and very best wishes, on behalf of the staff, the understuff and myself, not forgetting the Ministry, which I know would be glad to be associated with this words, for a healthy, happy and prosperous New Year.

The next morning Mr Roote and all the medical staff are found dead. They have been massacred. The patients have taken revenge.

However Pinter has taught us to expect much more. The ending is unexpected but emblematic. Gibbs, the director’s right-hand man , survives. He wasn’t  in the building, he says. He is the one who instigated the patients’ cruel revolt. And he is the one who will be taking over.