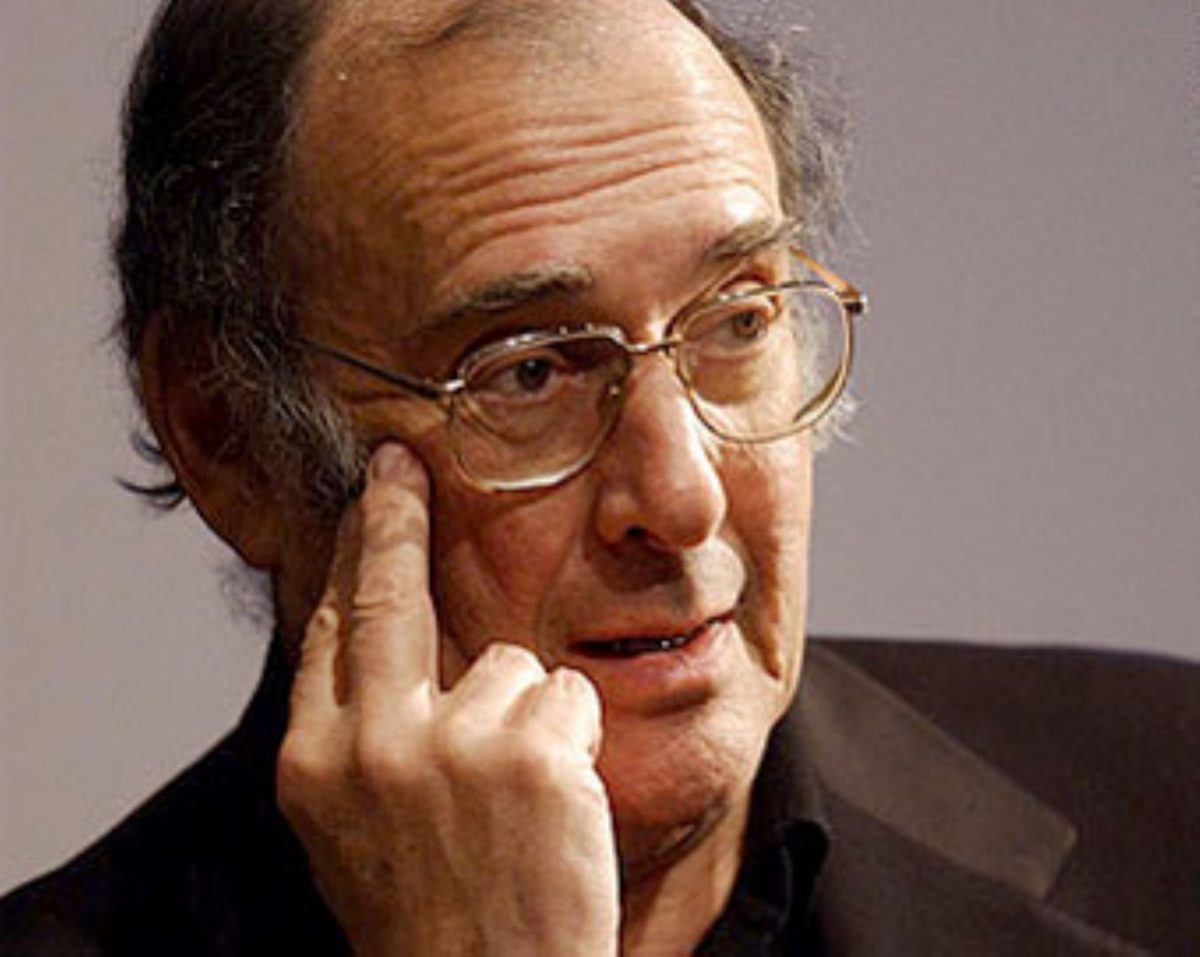 We are in 2004. During Harold Pinter’s last trip to Italy. He has travelled over to see Roberto Andò’s production of “Old Times” at Milan’s Piccolo Teatro. And that April Harold gave an interview to the newspaper  “Il Giornale”. Here is an extract…

Tall, straight, a generous smile and vigilant eyes which have observed and still observe so much of the world in order to then translate it into soul and essential, hermetical, incisive poetry on the stage. The answers of this solid, concrete man, born in Hackney, the London suburb where life was not easy, are brief and to the point. Like his texts…

What do you focus on when think about your works?

“On silence. It is in silence that the characters acquire consistency, a presence. In what is left unsaid.”

Will you write something else? Are you working on a new story about souls?

“I don’t intend to write anymore plays, I have written enough and I think I am no longer able to do so. I intend to devote my time to directing and I’d rather write poetry. Also, I don’t go the cinema much, films have become so violent it’s a nightmare, at least in Great Britain. I prefer taking quiet walks in the park, surrounded by nature, breathing deeply. “

A long-time playwright and screenwriter for Joseph Losey, he says he very much admires Ken Loach, “However – he adds – “we’re on different tracks and our paths never crossed”. Pinter believes he has said all he had to say on the complexity of human relations, especially those between men and women.

Politics has always been your “parallel passion”. What is your current outlook?

“Gandhi many years ago said that an eye for an eye only ends up making the while world blind, and now we are faced with power of the United States who will increasingly do what they want and unfortunately they can count on the support of those governments that we know. But what the United States really need is a challenge, not support.”

The first stagings of your works were negatively reviewed, accused of being empty and incomprehensible. What has changed since then? Some say your language anticipated times.

“That’s possible. Anyway, I never changed the texts in any way, they are still the same. Any changes that occurred were made only during rehearsals. But rather than adding anything we usually cut.”