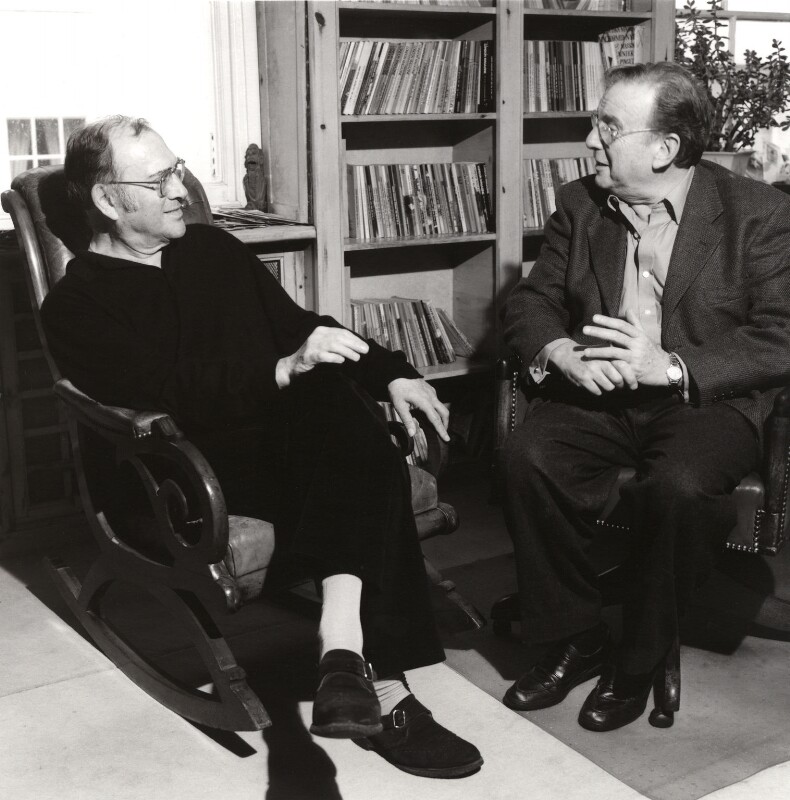 Harold and Ronald met back in 1952 at the Hammersmith King’ s Theatre during an audition held by the popular theatre manager and actor Donald Wolfit, well known for his Shakespearean productions.

Theirs was a lasting friendship which came to an end only when Pinter died.

Sir Ronald Harwood was born in South Africa in 1934 and when he was just 17 moved to London to try and pursue a theatrical career. After attending RADA he joined the Wolfit company working prevalently behind the scene as a “dresser”, personal assistant to the impresario. This experience, from 1953 to 1959, would inspire him 20 years later to write “The dresser”, one of his best known works amongst the many he wrote as from 1960.

Throughout his long career he wrote novels and short stories, as well as works for the theatre and the cinema. In 2003 he won an Oscar for best non-original script with Roman Polanski’s “The Pianist”, an adaptation of Polish musician Wladyslaw Szpilman’s autobiographical novel.

But let’s go back to that friendship… Harold and Ronald often played squash together. And together they worked at “Taking Sides”, Harwood’s play which directed by Pinter premiered at Chichester’s Minerva Theater in  1995, and then went on to be performed in New York and many other cities.

Pinter was enthusiastic about bringing his friend’s work to the stage because it focused on an issue which was crucial to him throughout his life, as a person and as a dramatist: the difficult and delicate relation between art and politics, and the role an artist can and must have in a totalitarian regime.

“Taking Sides” centres around the real life events of Wilhelm Furtwängler, the famous German orchestra director who at the end of the Second World War was accused by Americans of having supported the Nazi regime: at the height of his success he had remained in his homeland unlike many other artists who voluntarily chose to go into exile. He was tried and acquitted, he defended himself strenuously stating that he had done it for the supreme good, that of art.