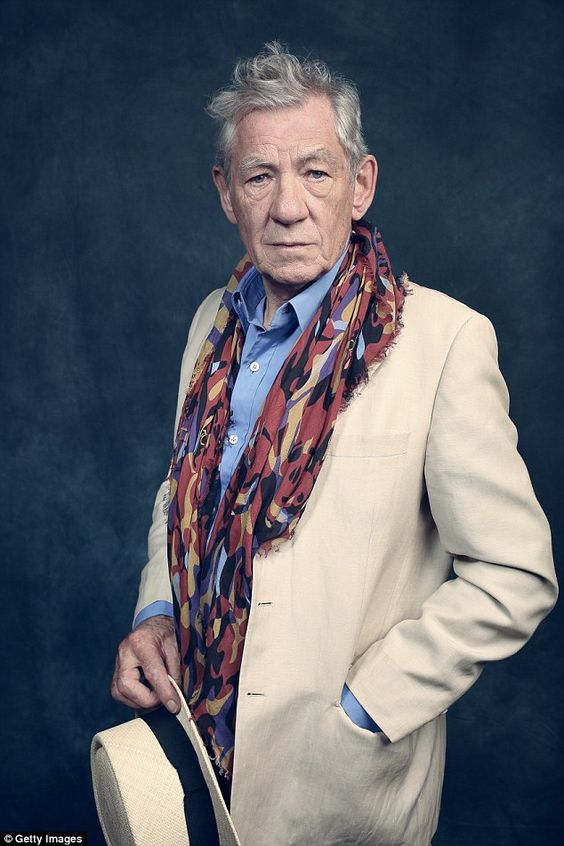 The general public knows him as Gandalf in “Lord of the Rings” and Magneto in the “X-Men” trilogy.

In the real world, Sir Ian McKellen, born 1939,  is one of the greatest Shakesperean actors alive, with a career spanning 50 years and spent mainly on the stage.

McKellen took his first steps in the world of theatre and entertainment at  summer camps organized by his school in Stratford-upon-Avon, Shakespeare’s birth place, where during events celebrating the Bard he even had the plossibility of watching performances by great actors such as Laurence Olivier, John Gielgud and Ralph David Richardson. At 13 he played his first role, Malvolio in “Tweflth Night” and subsequently acted in numerous regional companies His London debut came in 1964 when Sir Laurence Olivier invited him to join the Old Vic’s  National Theatre Company. He went on to play major roles and in 1974 joined the Royal Shakespeare Company.

Throughout the years he continued to perform in theatres to great acclaim by critics and audience alike, playing Shakesperean roles but also performing Beckett and Pinter. In 2013 he even appeared on Broadway, alongside his friend Patrick Stewart in  “No Man’s Land”, the two-act work written by the British dramatist in 1975.

Harold Pinter and Ian McKellen met in 1983. Harold wanted him to have a part in the film “Betrayal” and so they met with producer Sam Spiegel.

“Harold and I”, recalled McKellen in a recent interview – “sat in his office and I told him I intended to move to New York. Spiegel asked me: ‘Will you be bringing your family with you?” I said. “ I don’t have a family, I’m gay’. It was the first time I was coming out. We left the office two minutes later. And Pinter continued to apologize for 25 years for not having stood up for me” .