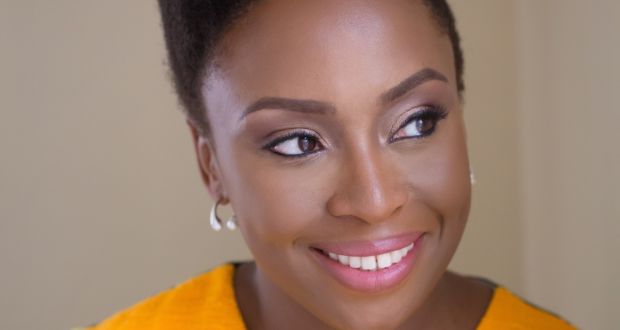 The award, launched in 2009 in Pinter’s memory which in the past has been conferred to authors such as  Margaret Atwood, Salman Rushdie and Tom Stoppard,  is attributed every year to a writer from England, Ireland or a country belonging to the Commonwealth.

As Harold declared is his Nobel acceptance speech, the “award  casts an ‘unflinching, unswerving’ gaze upon the world, and shows a ‘fierce intellectual determination … to define the real truth of our lives and our societies”.

Motivating their choice the jury defined the writer “Sophisticated beyond measure in her understanding of gender, race, and global inequality, she guides us through the revolving doors of identity politics, liberating us all.”

Chimamanda Ngozi Adichie was born in Abba, Nigeria, in 1977 and grew up in the university town of Nsukka,  continuing her studies in the United States. She has won important prizes such as the Purple Hibiscus (Commonwealth Writers’ Prize for Best First Book 2005) and the Orange Broadband Prize 2007 as well as the  Premio Internazionale Nonino 2009 with “Half of a Yellow Sun”. Her third novel “Americanah” won over critics and was awarded the National Book Critics Circle Award 2013 putting Chimananda in the rose of finalists for the Baileys Women’s Prize for Fiction 2014. In 2017 she published “Dear Ijeawele. Or a Feminist Manifesto in Fifteen Suggestions”.

Antonia Fraser, Harold Pinter’s widow, says she is pleased the prize has been confered to Adichie and stressed that as a writer she embodies “those qualities of courage and outspokenness which Harold much admired”.

“I admired Harold Pinter’s talent, his courage, his lucid dedication to telling his truth, and I am honoured to be given an award in his name, ” declared Adichie who will receive the prize on October 9th in London.

And as tradition has it that evening the writer will announce the winner of the “International Writer of Courage 2018” which will be selected by the Pinter Prize jury and Adichie herself and which will go to and international writer defending freedom of expression often putting their safety at risk.