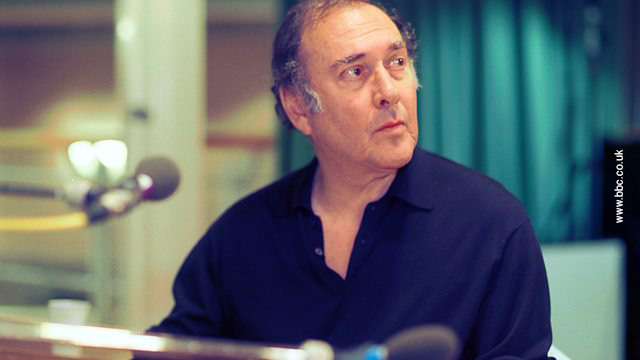 Jeremy Howe, the Radio 4 drama commissioner, said in a report on the BBC website .“Then two come along, both wonderfully Pinteresque and both utterly different in tone and approach. This will be a treat for listeners.”

It was 2015 and Jeremy Howe was announcing the airing of two adaptations for radio by Harold Pinter that were never made into films: “Victory” by the great Polish-born British writer Joseph Conrad and “The Dreaming Child” inspired by a short story by Karen Blixen, famous for her autobiographical novel “Out Of Africa”.

mysterious Swedish baron who lives alone on an island in the Dutch East Indies. Pinter wrote the screenplay together with US director Richard Lester in 1982 after reading Conrad’s book and finding it “immensely powerful” The future Nobel laureate was excited, as he himself stated, by the idea of ​​writing a script set in the South Seas in the early twentieth century. Regrettably the film never saw the light. Disconsolate, Pinter commented ironically: “The American production company did not share my enthusiasm. They decided that ‘period’ films cost too much money, especially when they dealt with Conradian moral complexities, so they withdrew.”

It was British actress Julia Ormond – star of the movie “The Sense of Smilla for Snow”, based on Peter Hoeg’s novel, who commissioned the screenplay for “The Dreaming Child” – a story set in the 19th century. It tells the story of a little boy born in a slum and adopted by a wealthy family. Pinter wrote the screenplay in 1997 for 20th Century Fox.

‘Working with him is the highlight of my career. I think he has done a brilliant script and I hope we will get the green light soon.” So enthused Julia Ormond after reading the Pinter script.

The cast was also supposed to include Rose Leslie, the Scottish actress known for her performance as Ygritte in “Game of Thrones”, but the film never made it to the big screen.

A shame. Because, as Michael Billington commented, the script was extraordinary, on a par with those Pinter wrote for the great director Joseph Losey.

Pinter commented, not too tenderly: “I had enormous respect for both Julia and her vision … but she was intent on directing, as well as producing, the film and in the end it was this that brought the project to its knees.”