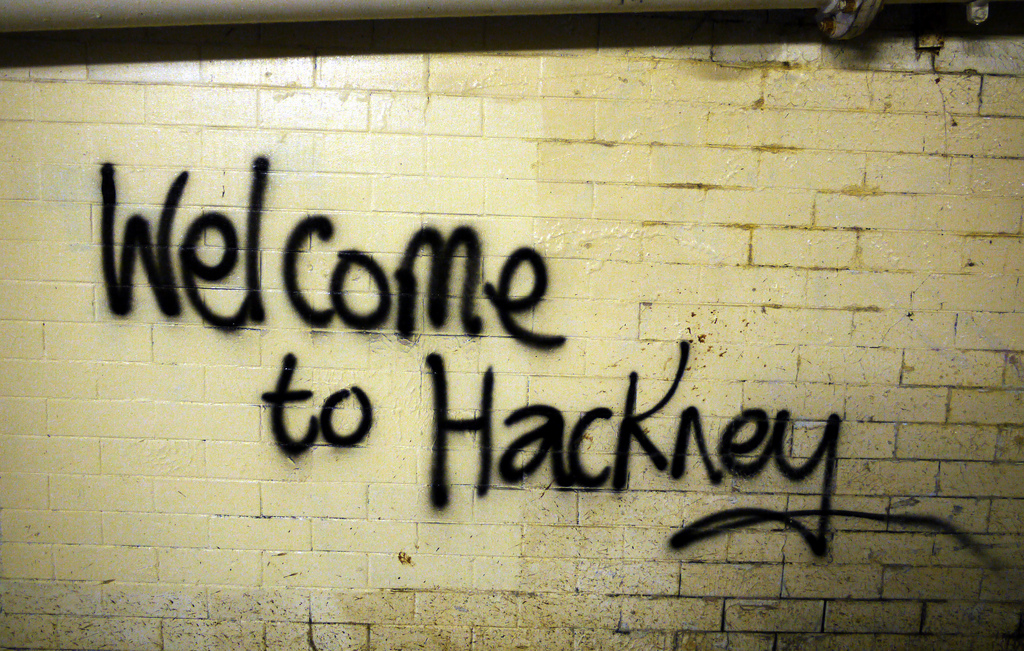 Lying outside of London’s tourist circuits, it is well worth a visit. Among much else, to rediscover the places dear to Pinter.

Let’s step back in time and history. Under the Tudors, Hackney was a cluster of small villages set in the countryside where the English nobility liked to spend their leisure. Here, on the River Lee, Henry VIII had a palace built. Here the king was reconciled with his daughter, the future queen of England, who earned the terrible appellation of Bloody Mary for the ruthlessness with which she killed hundreds of religious opponents. Here, in the area of Shoreditch, under Elizabeth I (daughter of Henry VIII and Anne Boleyn) and later James I, the first theatres were built in the Elizabethan age, in the most splendid flowering of the English theatre, with William Shakespeare as its greatest name. In the 18th century Hackney became a paradise for the middle classes, who abandoned the Tudor palaces to move into elegant new neoclassical buildings. Then, slowly, the ancient village lost its rural character, and by the early twentieth century those little-known villages became the outskirts of London with canals, railways and factories.

Here he attended Hackney Downs Grammar School. And here, in this working-class neighbourhood which also housed a substantial Jewish community, the future Nobel Prize winner grew up declaiming Shakespeare as he walked from Clapton Pond to Stamford Hill, through Manor House to Finsbury Park and Hackney Downs.

But back to the present… Hackney is undergoing a true metamorphosis. The borough with its troubled recent past is rapidly becoming one of London’s trendiest neighbourhoods together with Mayfair, Notting Hill and South Kensington.

Much has changed since the Independent newspaper in 2002 published the headline “Welcome to Britain’s Murder Mile”. Today things are different. Thanks to public investments for the 2012 Olympics, the Clapton Road area has become animated, rich in restaurants and art galleries. Here numbers of artists, architects, designers and middle-class families have refurbished the old Victorian houses restoring them to life.

The three-storey brick house at 19 Thistlewaite Road, where Harold Pinter was born and raised, is still standing. In 2012, Lady Antonia Fraser placed a plaque there in his honour. During the ceremony, attended by Julian Sands, the Nobel Prize winner’s widow recalled Pinter’s deep attachment to his neighbourhood, his school, and his teachers. “He was extremely proud of his origins,” she said, evoking the boy from Clapton  happily wandering the streets of his neighbourhood and reciting Shakespeare with his friends.