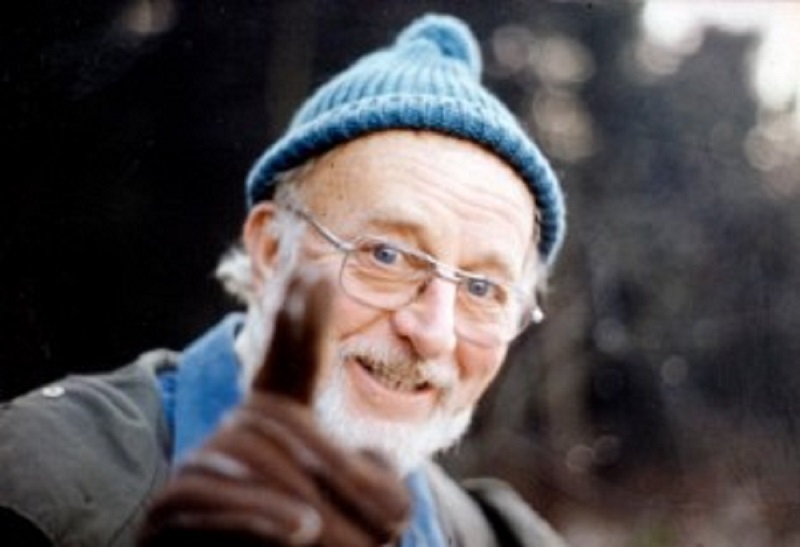 He was a tall man who suffered from malaria and had a great passion for poetry and dramatic literature.

Joseph Brearly was Harold Pinter’s teacher at Hackney Downs Grammar School. He arrived at the school in 1945 when theatrical studies were not yet a part of the school syllabus .

Harold was in class the day that Joseph Brearly announced he wanted to stage Macbeth and pointing to the future Nobel prize winner exclaimed: “And you Pinter, you will play the part of Macbeth”. Yes, his choice had fallen on the fifteen-year old Harold himself.  Att the time Pinter and his friends’ lives revolved around the works of Shakespeare  and Harold was so happy that he boarded the number 38 bus back home wearing his rehearsal costume.

They would take long walks from Hackney Downs to Springfield Park and along the River Lea reciting verses by the British playwright John Webster whom Pinter loved and had discovered thanks to his teacher. A  mentor who “had set fire to his imagination” and whom he never forgot. When he died, in 1977, Pinter paid homage to him with a beautiful and heart-wrenching poem.

Dear Joe, I’d like to walk with you
From Clapton Pond to Stamford Hill
And on,
Through Manor House to Finsbury Park,
And Back
On the dead 653 trolleybus.

To Clapton,
And walk across the shadows on to Hackney Downs,
And stop by the old bandstand,
You tall in the moonlight,
And the quickness in which it all happened,
And the quick shadow in which it persists.
You’re gone. I’m at your side,
Walking with you from Clapton Pond to Finsbury Park,
And on, and on.