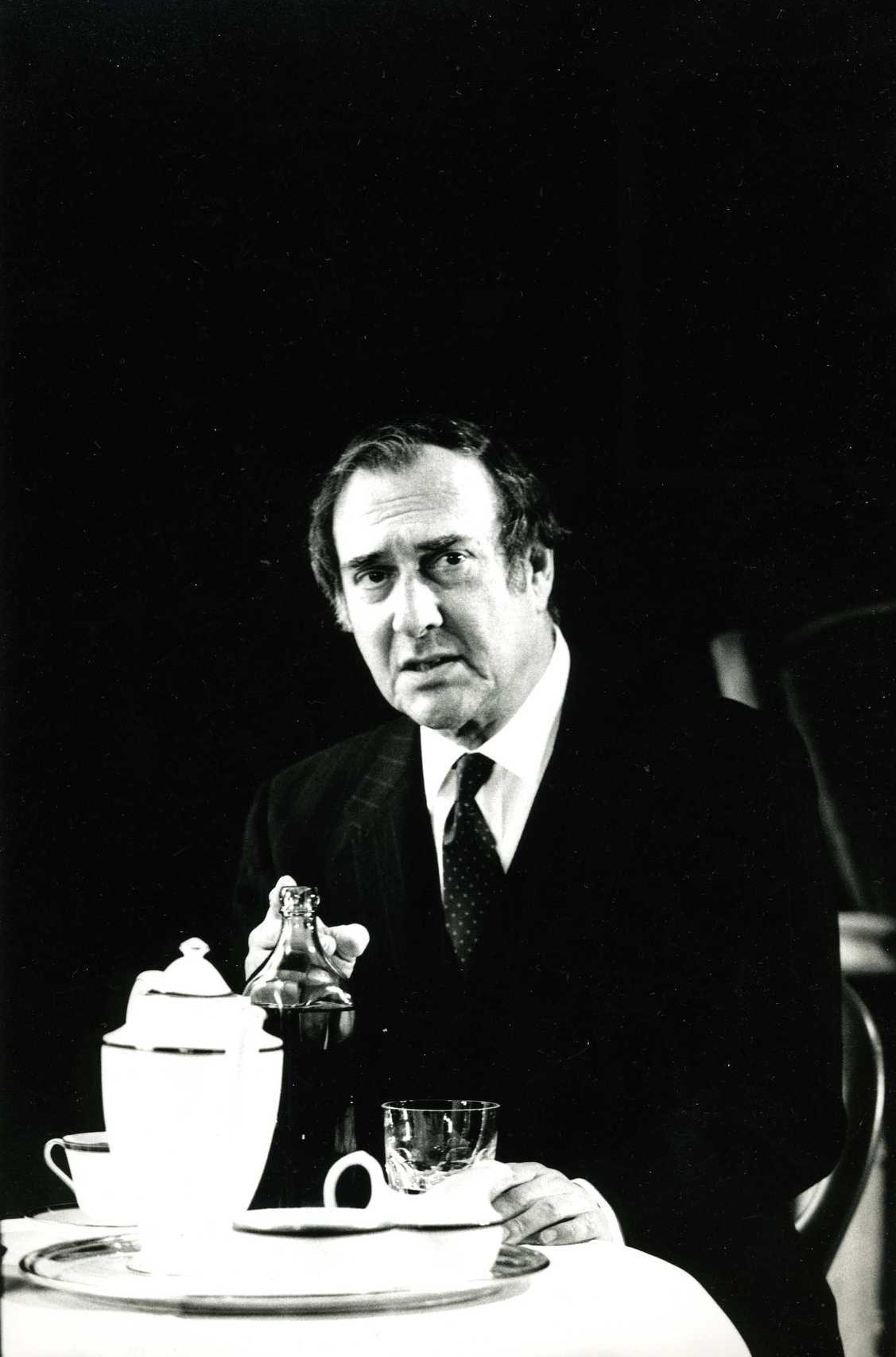 With these words the celebration of an important anniversary gets underway under the Pinteresque magnifying glass in “Celebration”, the play written by Harold Pinter in 1999 and performed for the first time the following year at London’s Almeida Theatre.

In the top restaurant in an unidentified city, husband and wife celebrate their wedding anniversary in the company of another couple. The two wives are sisters and the two husbands, brothers. The men are strategic consultants with the duty to “ensure peace is respected”, the two women do charity work.  At the table next to them sits another younger couple. He is a rampant banker, she a secretary.

It might seem like an ordinary story about a dinner, but it is not, as we have been brought to expect from Pinter.

And as the wine loosens the diners’ tongues and conversations between the two tables entwine, uncomfortable truths from the past begin to emerge, including that the young secretary was the lover of the husband celebrating.

The conversations are intersected by the ponderings of the rather slimy restaurant manager, his assistant and the young waitress who together with the meals serves up bizarre stories about her grandfather who seems to have met the century’s most influential people.

Between one succulent dish and another, in a crescendo of angst and emptiness, Pinter portrays the clichés, the vulgarity and the excesses of the “nouveau riche”, revealing the superficiality of human relations and the weight convention has on these.

Considered the only “dramatic comedy” by Pinter, “Celebration” will be on stage at the Harold Pinter Theatre – on the occasion of Pinter at the Pinter – from December 20th.

On stage also the famous British stage and TV actress Tracy-Ann Oberman, who in a recent interview to standard.co.uk”, recounted an evening she had spent with Harold Pinter and his wife at the performance of one of his plays: “”He was very nice, we said hello, and sat down. And it was awful. In the interval, Harold went, ‘I can’t face going back. Wouldn’t it be fantastic if the theatre burned down?’ Five minutes later sirens wailed and a fire engine arrived: there had been a fire. They cancelled the second act. So for me, he’s a god.”