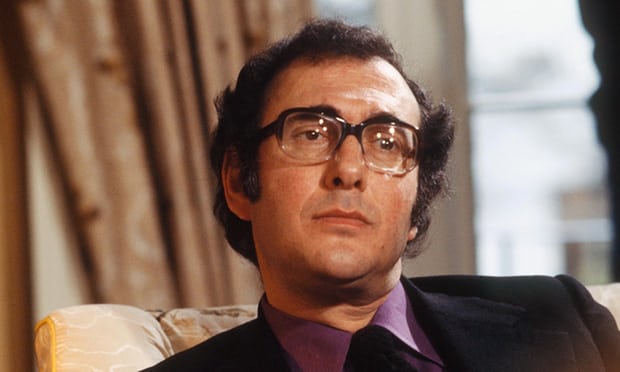 We all know that the first on stage performances of Harold Pinter’s plays were torn to shreds by the critics.

Except for rare exceptions, everybody wrote that he was eccentric and untalented and that it was impossible to understand his works.

Who knows…maybe the critics themselves started to use the term “Pinteresque”, that is today part of our vocabulary.

They probably didn’t know which adjectives were suitable to describe his often cryptic style, as it was impossible to interpret his works by referring to traditional schemes, structures and plots.

“Pinteresque: adjective. Resembling or characteristic of the works of the English playwright Harold Pinter, in particular by having a sense of menace and featuring dialogue marked by many pauses.”

This is how the prestigious English Oxford Ditionaries define Pinter’s style. This explanation was later summarized by the Stockholm’s academics that in 2005 awarded the Nobel prize to the British playwright: “a truly original way to unveil the depths under everyday trivial words and to force us to get into the closed rooms of the oppression”.

And then Pinteresque became part of the common language, such as Beckettian, Kafkian and Proustian.

Unfortunately, Pinter was always pretty annoyed by the constant use of that term-exactly like in the case of “Master of Pause”-in the articles about him. He’s always been claiming: “What I write is just what I write”.

In 1983, on the occasion of the movie “Betrayal”’s presentation, a journalist asked him a question, by highlighting that, according to the critic’s review, his theatre could be defined as nothing but “pinteresque”. He answered: “I’ve never been able to understand what they mean by ‘Pinteresque’… But I’m really not an analyst. Analysis I take to be a scientific procedure. What I do is creative. It doesn’t spring from the same part of the mind…”

He was allergic to stereotypes and he was convinced of the inconsistency of some expressions.

This attitude is perfectly and ironically evident in an anecdote that Pinter used to love telling.

Once many years ago, I found myself engaged uneasily in a public discussion on theatre. Someone asked me what was my work about. I replied with no thought at all and merely to frustrate this line of enquiry: ‘the weasel under the cocktail cabinet‘. This was a great mistake. Over the years I have seen that remark quoted in a number of learned columns. It has now seemingly acquired a profound significance, and is seen to be a highly relevant and meaningful observation about my own work. But for me the remark meant precisely nothing