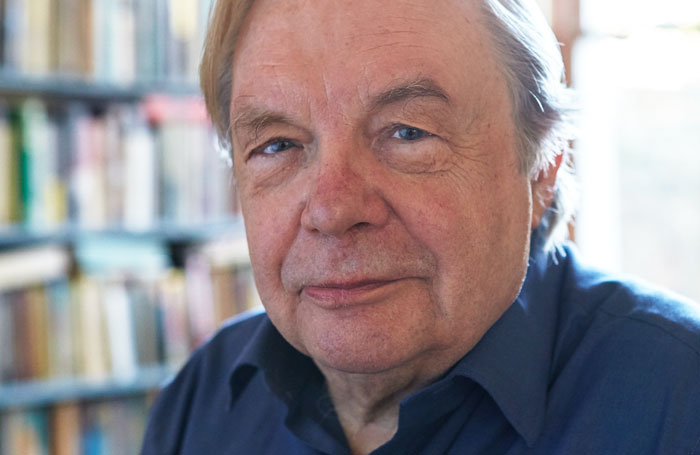 His reviews have been published by “The Guardian” for 47 years and he is the author of the most famous monograph about Harold Pinter.

Billington was born in 1939 in Leamington Spa, in Warwickshire. He has been passionate about theater since he was a boy. At the age of 8, his parents brought him to Stratford-on-Avon for a performance of “Troylus and Criseyde” by William Shakespeare. As a teenager, Michael used to drive his bike for kilometres to see Laurence Olivier, John Gielgud, Michael Redgrave and Edith Evans on stage. It was the “golden generation” of the British theater.

He studied in Oxford, where he did not shine as an actor or as a director. He felt much more at ease sitting at the desk and writing. In 1961, he began to work as an art critic for the “Liverpool Daily Post & Echo”. He later collaborated with “The Times, the “Birmingham Post”, “The Illustrated London News” and finally he was hired in 1971, by “The Guardian”.

Billington first met Harold Pinter in 1973, when he interviewed the British playwright “on a grass bathed by the sun”, on the occasion of the release of Peter Hall’s film “The Homecoming”.

That interview was really appreciated, as Billington remembers, but this  is not what happened when he wrote the review about “Betrayal”, for the first time on stage in 1978 at National Theatre. He explained: “Pinter “has betrayed his immense talent by serving up this kind of high-class soap opera”. A few months after “Betrayal”, he won the “Society of London Theatre Special Award”.

In a 2008 article, Billington said: “In his acceptance speech, Pinter unveiled his dentist’s smile and said: ‘I must be the most surprised person in the room, with the possible exception of … [long pause] … Michael Billington.’ A thousand heads turned towards me as I slumped into my seat.”

Billington admits that it actually took some time to recover from that episode.

The years passed by…in 1990 Billington presented a four hour program to BBC to celebrate Pinter’s 60th birthday. In 1992 he received an unexpected invitation from Robert McCrum, the renewed publishing company Faber&Faber’s CEO. He was asked to meet Harold to discuss the possible publication of a short book about the Nobel Prize’s policy. They met for lunch and Pinter suddenly spoke to Billington: “”Of course, you can talk to anyone you like about my life.” The theater critic still remembers: “I realised, to my astonishment, that I was being given the green light to write a full-scale biography.”

After four years of research, “The Life and Work of Harold Pinter” came to light in 1997. It was the first and only biography authorized by the famous British playwright.