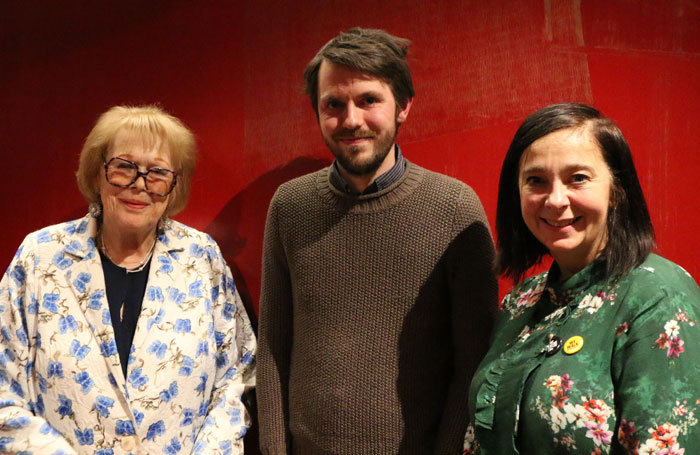 Lady Antonia commented: “I believe this award is exactly what Harold would have wanted. Because he had experienced the devastating rejection of his early work, he knew the true value of encouragement. New writing was always intensely important to Harold and Alistair McDowall is a welcome recipient.

Started in 2011, the prize gives emerging playwrights the opportunity to write a play which is then put on at the famous Royal Court Theatre in London, the theatre which over the last sixty years has greatly contributed to the development of modern dramaturgy, where the likes of Samuel Beckett and John Osborne began their careers and with which Harold Pinter collaborated for many years.

Said McDowall: “I’m delighted and more than a little humbled to be awarded the Pinter commission. I’m at a key point in my writing life, and this prize will serve as both encouragement to keep going, and a firm kick up the backside to prevent me getting comfortable!”

Vicky Featherstone, artistic director of the Royal Court Theatre declared that , “Alistair McDowall McDowall is a writer of already considerable achievement but whose potential is dizzying. He has a completely distinctive theatrical voice and engages with the darkness in our world in a way that Harold would recognize at once.”