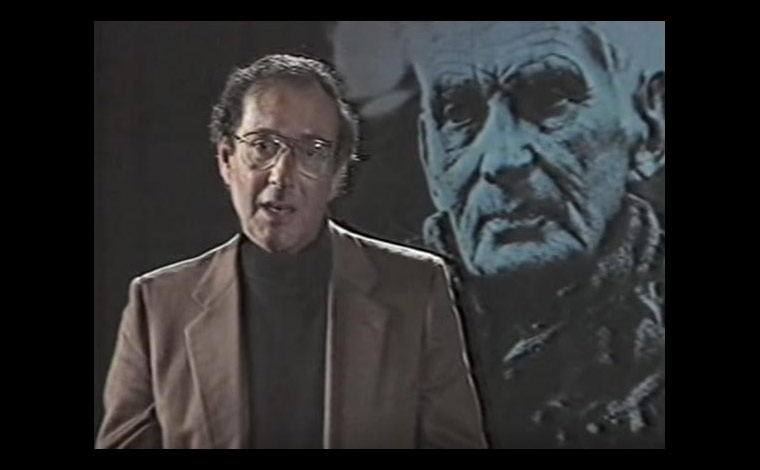 Harold was 21 when he met Samuel Beckett in 1951.
Pinter was joining Anew McMaster’s Shakespearean Irish touring company, when he accidentally came across a copy of Ireland’s Poetry magazine that featured six pages of Watt’s novel that Beckett would print only two years later.

Harold searched all London’s libraries in search of any work by this unknown author.

He finally found a copy of Murphy which he never returned to Bermondsey’s Public Reserve Library. He never regretted the theft that he himself considered “my one criminal act”.

It was a revealing meeting for the future Nobel Prize winner. However, more than ten years passed before Pinter decided to write to Beckett. It was 1960 when Harold sent the texts of The Caretaker to Samuel and started a habit that would last in the years to come.

It was actor Roger Blin to make them meet in Paris. The two wandered all night from one Cafè to another (on a 2CV, recklessly driven by Beckett) talking about politics, philosophy and cricket, their great common passions.

The evening ended with an onion soup at Les Halles.

Harold was hit by a congestion, Samuel healed him with sodium bicarbonate. Their friendship grew stronger and the epistle exchange between the two became more and more confidential.

They wrote about theater, cricket and rugby, health and poetry. Beckett took great care of Pinter’s advice – he always sent copies of his texts – and he did not hesitate to suggest Harold to review some of the texts he was submitting.

“Great again yet” wrote Beckett in a 1971 letter, congratulating Pinter on Old Times’s theatrical text and the screenplay for The Go-Between, directed by Joseph Losey, who had won the Golden Palm Award at Cannes Festival.

Their exchange of letters ended in 1988, a year before Beckett’s death, with a postcard sent by Sam to his dear Harold.

A relationship based on friendship and respect, so rare and precious as the tribute that Pinter, once old and sick, devoted to Beckett in 2006 by interpreting “The Krapp’s last tape”. A monologue written by the Irish Nobel Prize winner, in 1958.