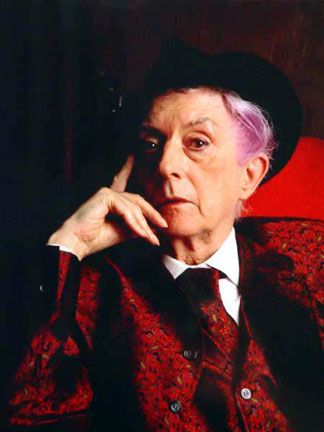 “You can never be too sure of these univeristy productions, the quality varies considerably…

but this young author has hit the target”.

So wrote the Bristol Evening World in May 1957 on the day after the performance of “The Room,” Harold Pinter’s first theatre production.

His dear friend, Henry Woolf, who had to present a theatrical production for his advanced directing course, had asked him to write a play. He had written him a letter in Autumn 1965 when Pinter was in the middle of the  Torquay theatrical season and had just married actress Vivien Merchant. Pinter answered that six months were not enough for somethng like that. But in acutal fact things went differently and in just four afternoons, Woolf still  insits it was two,  he wrote his first masterpiece!

The old couple in the play, Rose and Bert, live an ordinary life in a small room out in the suburbs.

She takes care of him, makes his breakfast, has a hot chocolate ready for him when he comes back from work. Their life seems a happy one, in a warm, intimate and safe place. Very different from the humidity in basements which eats away at the existence of those who live there. Yes…but who could  live in such an eerie and frightening place? Rose doesn’t know anybody, she ignores what exists outside of the safe shell she has built around her. And yet there is a person, in that basement, who wants to see her. And so the stranger, a blind coloured man, steps into their comfortable room with a message for Rose: her father wants her to return home. And the past re-emerges…

But how did this work, which already contains all the elements of the great author’s plays, come about?

Pinter always said that he would first see an image and then would find himself thinking about people, their existence, their character: “I went into a room and saw one person standing up and one person sitting down, and a few weeks later I wrote The Room”

Which room had Pinter entered?

Legend has it that his first play found its seeds thanks to a chance meeting in the Summer of 1955.

At the time Harold was in Colchester for a performance and was invited to London for a Sunday party in Beaufort Street by his friend Veronica Nugent.

“Come, I want you to meet the person who lives on the floor above”.

They rang and a small barefooted man,  with clothes fluttering and strange coloured hair opened the door.

In front of a cup of tea they started to talk about philosophy, metaphysics, literature, the weather, textiles and pottery. Every now and then the small man would get up and, dancing, would make bacon and eggs which he would then serve to a big man wearing a hat reading a book without uttering a word.

“I will never forget what I saw”, a young and incredulous Pinter told his friend, while asking her who that strange little man was.

He was Quentin Crisp, the controversial British author, actor and satirist, who in the 70s became a gay icon following the publication of his memoirs, “The Naked Civil Servant”, in which he described his life in homophobic British Society.

He was an eccentric character who loved to put make up on, paint the nails on his hands and feet, and dye his hair of every shade of red. Crisp lived in the same house where Pinter met him for forty years, without ever cleaning it because as he wrote in his memoirs “dust doesn’t get any worse after the first four years”.

Many years later Pinter once again met Crisp  and revealed that it was he, that little man, who had inspired his first theatrical work.

The opening scene is set in a kitchen. Bert, a large man, is sitting at the table, he has a hat on and a magazine open in front of him. Rose is at the stove, she puts bacon and eggs on a plate and takes it to Bert.