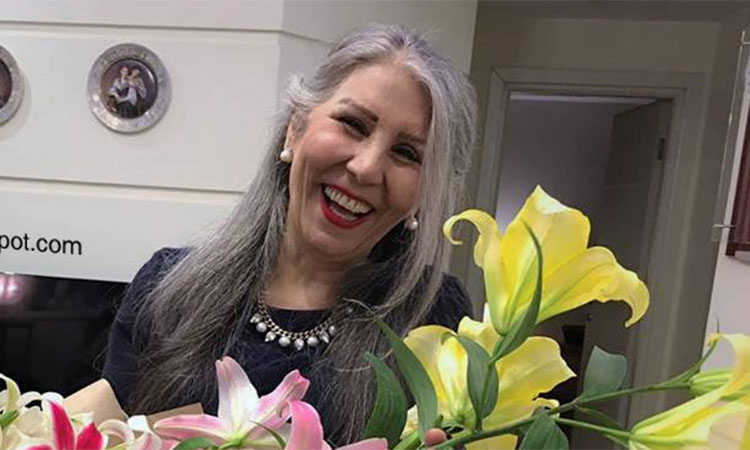 On 10th October the Iranian teacher and poet received the International Writer of Courage Award 2017
which is presented “to an international writer who defends freedom of expression, often risking their own safety.” The prize-giving ceremony of the PEN Pinter Prize, established in 2009 in memory of Harold Pinter, was held at the British Library in London.

In keeping with tradition, the winner of the Pinter Prize 2017, the Irish poet and academic Michael Longley, chose the recipient of the prestigious accolade.

Mahvash Sabet was released last month after spending nearly a decade in Evin maximum security prison, northwest of Tehran, after being sentenced to twenty years for belonging to the Baha’i religion, as always considered by the Iranian regime an “enemy of Islam”.

Sabet started to write in jail, where she lived in terrible conditions, subjected to violence and torture. Thanks to some intermediaries, she managed to get her writings out of cell no. 209. In 2013, her first collection, Prison Poem, was translated and published in Britain. It tells of the intense inner experience of a woman deprived of her freedom.

Michael Longley declared, “I am humbled to share the PEN Pinter Prize with Mahvash Sabet…  a songbird trapped in a cage. Mahvash is at heart a lyrical poet who sings the beauty of the world. Her imagination is rhapsodic. Her poems want to soar. I rejoice that she has been released from prison. Her incarceration by the Iranian authorities was a sin against the light. The power of dictators to silence and imprison writers continues to ‘put all heaven in a rage’”.