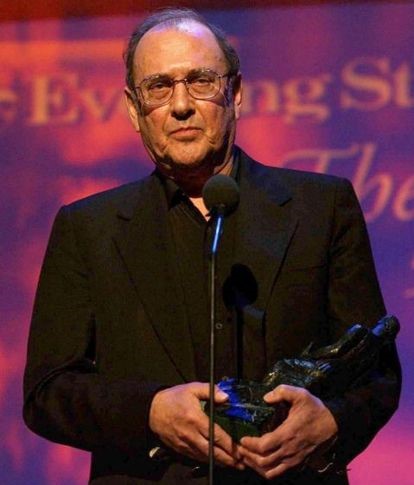 On that morning of September 2017 Lady Antonia was scribbling a few notes on a yellow paper notebook which had belonged to Harold Pinter.

She had never done so before but she was trying to while away time as she waited for a taxi to go to Mass.

She had kept those notebooks with loving care and put them away. Except for one which a month earlier she had placed in the drawing room in case she needed to jot something down, or, sentimentally, to remember times gone by.

As she stripped away the piece of paper on which she had written Lady Antonia nearly fainted. What she saw on the following page was unmistakably her husband’s handwriting and a title: “The Pres and an Officer”.

It was nearly a year ago that The Guardian reported Lady Antonia Fraser’s incredible and unexpected find: a brief sketch written by her husband, a political satire whose main character is an American trigger-happy President who orders an officer to launch a nuclear attack on London thinking that the British city is the capital of France!

Lady Antonia declared, “Six pages followed, his handwriting getting noticeably stronger. Now the unbelievability of it all increased. Because I could have been reading something written today, written by Harold about Trump.

“What would Harold have thought about the current President of the United States?  What would he have written?” Lady Antonia has often been asked this question, and after this incredible find she can reply,  ”Now we know. As it were”.

The world premiere of “The Pres and an Officer” will take place in London at the Harold Pinter Theatre from September 6th to October 20th as part of the “Pinter at the Pinter” review, an extraordinary event dedicated to the unforgettable British playwright.

Tags :
Donald TrumpPinterPinter at the PinterThe Pres and an Officer