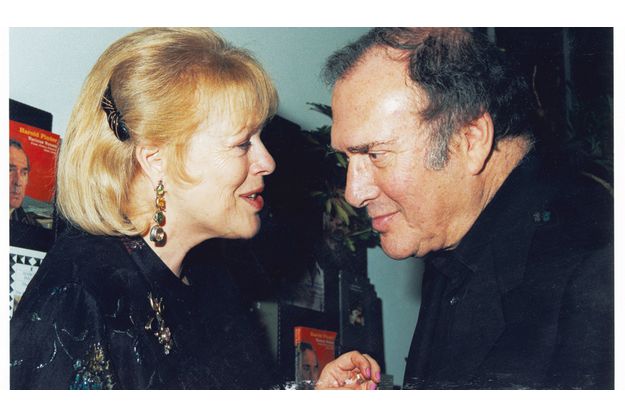 The death of Harold Pinter was announced by Antonia Margaret Caroline Pakenham on Christmas Day 2008.

She did so with a letter to The Guardian. Just a few words, expressing the privilege of having lived with the great English playwright for over 35 years.

Better known as Lady Antonia Fraser, due to the surname she acquired from her first marriage, she is not pnly known as the wife of the Nobel laureate for Literature; she is also considered one of the most important contemporary English historians as well as the author of successful biographies.

Story goes that she discovered her love for history when she read “Our Island Story”, a children’s book her parents gave her for Christmas when she was four.

Her passion for writing was something that the whole family shared. Not only did her mother and father publish at least a dozen books each but her siblings also wrote;  one sister being a poet, another one (Rachel Billington) publishng eight novels while her brother was a historian himself!

Antonia attended Dragon School in Oxford, a prevalently male prep school, where she excelled in Greek and Latin but also in rugby. She went on to study at Lady Margaret Hall which was part of Oxford University where she graduated. It was in those years that she converted to Catholicism just as her parents had done before her.

In 1956 she married Sir Hugh Fraser, a Catholic Scotsman of aristocratic origins and a member of Parliament to whom she bore six children.

In 1969 she published her first successful work “Mary Queen of Scots” , which paved the way for a series of bestselling biographies including “Marie Antoinette: the Journey”, on which  Sofia Coppola’s rock movie is loosely based.

Lady Antonia Fraser met Harold Pinter in 1975, on the occasion of the premier of  “The Birthday Party” directed by her brother in law Kevin Billington.

They got married in 1980. “ A Perfect Couple” titled The Guardian in 2010 when Antonia published “Must You Go? My Life With Harold Pinter”, a diary recounting her life with the great English playwright who wrote  wonderful and moving love poems for her.