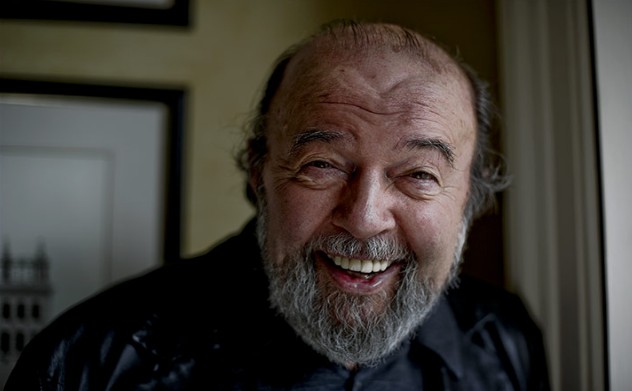 “One of the great names in British theatre. An internationally celebrated stage director…whose influence on the artistic life of Britain in the 20th century was unparalleled” is the declaration upon the announcement of his death, of the National Theatre which he directed between 1973 and 1988, as successor to Sir Laurence Olivier.

Born in Suffolk, Peter Hall graduated in 1953 from St Catharine’s College at Cambridge University. In 1955 he directed the English language premier of “Waiting for Godot” by Samuel Becket and in 1958, aged only 28, he was called to direct Stratford Memorial Theatre.

It was Peter Hall who founded the Royal Shakespeare Company and in 1965 he directed the world premier of  Harold Pinter’s “The Homecoming” at the Aldwych Theatre in London . His partnership with Pinter was to last throughout the years. In fact  Hall directed many of the Nobel laureate’s works including “Landscape” and “Silence” in 1969,  “Old Times” in 1971,  “No Man’s Land” in 1975, “Betrayal” in 1978 and “One For The Road” in 1984.

During his lengthy career Sir Peter Hall produced and directed over 150 plays, operas and films. He was particularly acclaimed for his Shakespearean productions, “The Wars of the Roses” in 1963 being defined the greatest Shakespearean event of all times. Amongst other great works we need to mention  “Hamlet” (1965) with David Warner, “Antony and Cleopatra” (1987) with Judi Dench and Anthony Hopkins, “The Merchant of Venice” (1989) with Dustin Hoffman, “As You Like It” (2003) with his daughter Rebecca Hall and “A Midsummer Night’s Dream” (2010) with Judi Dench.

“His legendary tenacity and vision created an extraordinary and lasting legacy for us all.”

It is with these worlds that the Rufus Norris, current National Theatre director chose to commemorate the legendary Sir Peter Hall.