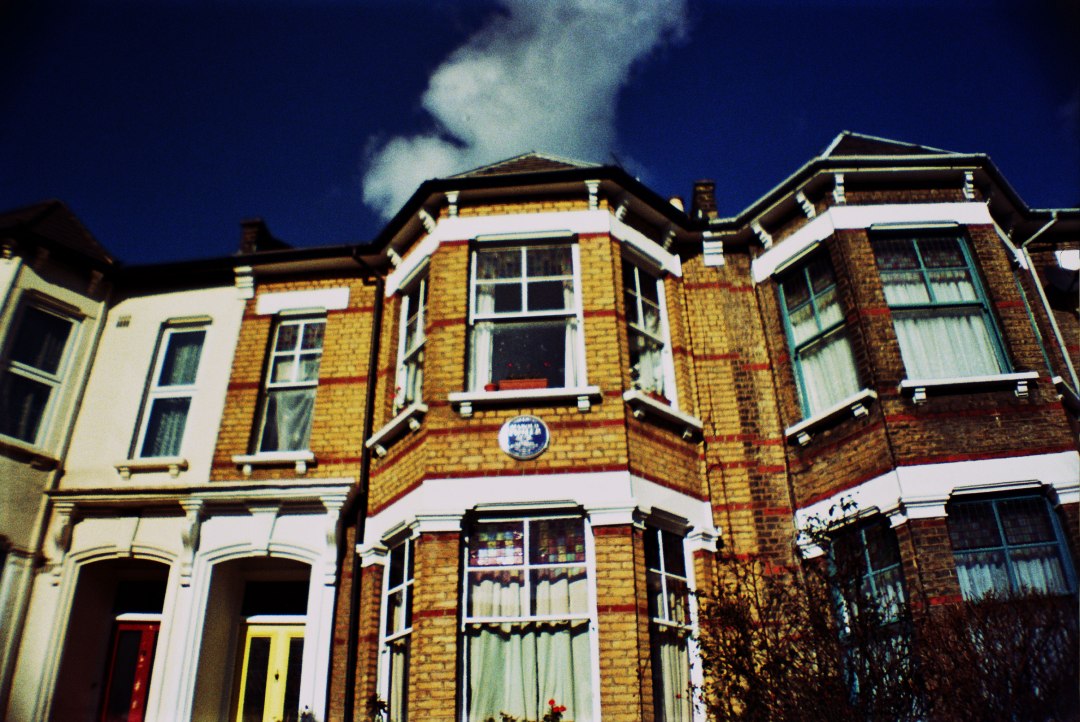 “A solid, red-brick, three-storey villa just off the noisy, bustling, traffic-ridden thoroughfare of the Lower Clapton Road,” as Micheal Billington describes it, is where Harold Pinter grew up.

A happy childhood, spent playing with friends in the street of Hackney, a neighborhood that was popular then and that today has been rediscovered and requalified. A few roads down rose the Hackney Downs Grammar School which Pinter attended from 1944 to 1948 after returning from Cornwall and Reading where he had evacuated to.

It was an excellent school when young Harold was a student, but it closed in the 90s after being awarded with the title of “worst school” of Great Britain. It was the place where Pinter’s interest in literature and acting was sparked by Joseph Brearley, his English teacher. Pinter describes Brearley as his inspiration and pays his homage with his poem “Dear Joe,” cited by Julian Sands in “A Room with a View.”

Not only Shakespeare and Nobel prize Webster grew at Hackney Down; it also was the place where Pinter’s passion for cricket and, most importantly, his first friendships grew. Henry Woolf, Mick Goldstein and Moishe Wernick… a tight, tight band of guys – the Hackney Gang – without a penny in their pocket, spending hours on the Lea river and in Hackney’s cafes discussing culture, reciting poetry, reading novels.

A close group, for whom friendship was sacred. Great friends that Pinter will never forget and to which he will address long letters. An extraordinary collection of letters, which was kept in Henry Woolf’’s and Mick Goldstein’s homes for years, was purchased in 2014 by the British Library London.

More than 100 of the letters that Pinter wrote dated to years 1948 to 1960, when he was between the ages of eighteen and thirty.

To his old friends he recounts his joys and does not hide the difficulties of being a young actor, his desire to write stories, comedies, dramas. And he is sorry he cannot finish “The Room” in time as his friend Henry asked him to.

Thoughts from which Pinter’s great passion for Samuel Beckett emerge as well as his impressive ability to understand in advance the greatness of the works of the Irish writer: “August 3rd is the first night of Godot at the Arts of London. Please do your best to see him … do it for me and for you too … Do you promise me? ” So he wrote to his old companion Mick Goldstein in a letter from 1955.

Among the lines are also scenes of everyday life as nights out for a Guinness beer with his wife, the actress Vivien Merchant, whom Pinter married in 1956 and had Daniel, his only son.

Then, inevitable, that almost obsessive love of Pinter for the cricket that excites him so much as Godot’s first. Detailed details of matches and players that will prove useful to give a chronological order to all those missions that Pinter wrote very often without a date.

Intimate and evocative letters that outline and anticipate Pinter’s greatness and which testify to his great empathic power, his ability to make indifferent that affective bond with the “Hackney Gang” read: “Henry, my dear, when I am a great, successful actor we shall form a company. It will be a great success. And will give us all something to live on. The theatre is one of the good things of civilization,”