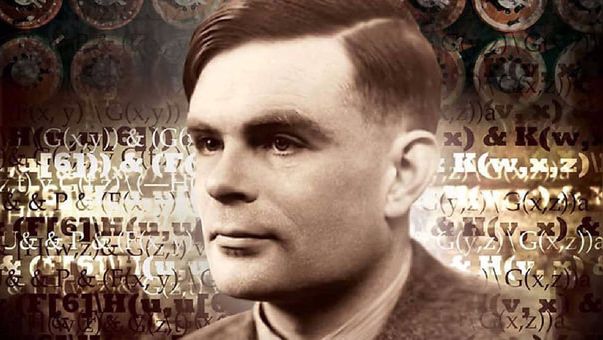 A bitten apple, drowned in cyanide, and snow white with a soave voice singing “Someday My Prince Will Come”.

The closing scene of “Breaking the Code”, the 1995 Herbert Wise film dedicated to Alan Turing – one of the greatest geniuses of the 20th century who is considered one of the fathers of modern-day IT- is masterfully played, amongst others, by Sir Derek Jacobi and Harold Pinter in the role which  at the time was defined as that of “a nasty Orwellian bureaucrat.”

The film, unreleased in Italy, is the screen adaptation of the 1986 applauded play by the same title. The screenplay written by dramatist Hugh Whitemore, and like the more renowned 2014 “The imitation game” which was awarded an Oscar for best nor original screenplay, is based on Andrew Hodges’ biography of Turing.

However “Breaking the Code” goes beyond the protagonists’ biographical portrait and tears the veil on the  human tragedy of the mathematician who during the Second World War put i extraordinary abilities to the service of his Country, making a decisive contribution in deciphering Enigma, the complex machine used by the German armed forces to encrypt their communications.

Structured on a series of flashbacks which take us back to when Touring was a young man during the war, the film opens in the early fifties when Turing turned to the police in order to report a theft and naively confessed to an officer his homosexual relationship with a convicted felon.

And so began Turing’s ordeal.

He was put under 24-hour watch, his sexual life under the spotlight while the secret John Smith (played by Harold Pinter) pressured him to make sure no military secret he might have known was revealed to his lovers.

In 1952 Turing is sentenced for “lewd acts and indecent behaviour”. “I see nothing wrong with my actions,”  he repeated at the trial. And until the end he hoped that the British Parliament, which was already in discussions, would decriminalise homosexuality. To no avail as this would happen many years later, in 1967.

Faced with imprisonment or chemical castration Turing chose the latter.

And two years later he bit into the poisoned apple. Like in a fairytale, on the notes of “Someday My Prince Will Come”. Remembering Christopher, his childhood friend who died prematurely and whom he always mourned.

The end of a genius’ life, able to crack the Enigma code, but also the moral and judicial code of England in those years.

And should you wish to see  “Breaking the Code”… https://archive.org/details/youtube-S23yie-779k