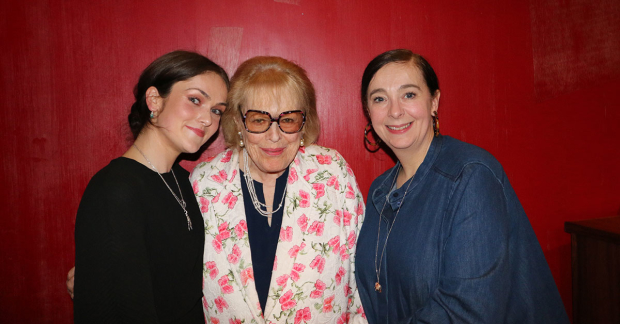 Sarah Hanly from Ireland is the winner of the 2019 “Harold Pinter Playwright Award”, the prize given out annually by Harold Pinter’s widow to support upcoming playwrights.

Lady Antonia commented: … “I believe that the Pinter Commission is exactly what Harold would have wanted. Because he had experienced the devastating rejection of his early work, he knew the true value of encouragement.”

Established in 2011, the award gives an upcoming playwright the possibility to write a work which will be performed at London’s famous Royal Court Theatre, a theatre which over the past sixty years has greatly contributed to the development of modern dramaturgy ( it is here that the likes of Samuel Beckett and John Osborne began) and which had a lasting collaboration with Harold Pinter.

“I feel very grateful and extremely humbled to be awarded the Pinter Commission, … This is a career changing opportunity for me and I hope to write a play that is worthy of the Royal Court’s renowned reputation and that honours such a prolific playwright as Harold Pinter.

Vicky Featherstone, artistic director of the Royal Court, said: “Sarah Hanly is a writer of extraordinary potential. She has a completely distinctive theatrical voice and engages with the darkness in our world in a fiercesome way.”