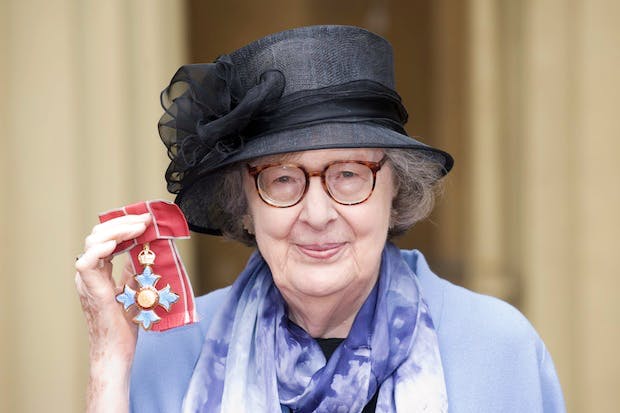 Born in Egypt in 1933, Penelope lived there until adolescence. Upon her arrival in post-war England, she graduated in History at Oxford University and began writing novels and stories, initially for youngsters, then going on to become an acclaimed writer and a member of the Royal Society of Literature.

But back to “Moon Tiger”. The novel’s main character, Claudia Hampton, is a woman of great charm and temperament, a famous and intrepid war correspondent in Egypt during the Second World War and a distinguished historian years later. On her deathbed Claudia decides to recount the story of the world and of her life drawing from her tempestuous labyrinth of memories.

But… “Chronology irritates me. There is no chronology inside my head. I am composed of a myriad Claudias who spin and mix and part like sparks of sunlight on water. The pack of cards I carry around is forever shuffled and re-shuffled; there is no sequence, everything happens at once”.

And so in the novel memories begin to take shape in an apparently disorganized manner, composing a mosaic of events covering nearly a century.

Pinter’s most assiduous fans will have already sensed how these frirst ingredients of Lively’s fascinating novel could be perfect for a film screenplay by Harold himself!

And someone did think of this at the time…

In a 1991 BBC interview Lively stated: “There were various film ideas back when it was first published. Somebody asked Harold Pinter if he’d be interested in writing a script – and I remember I found his answer extremely interesting. He said he’d liked the book very much and he’d enjoyed it – but that it would be incredibly difficult … [because of] what scriptwriters call the “internalising”: the way in which so much of it is Claudia’s thoughts and attitudes. How do you do that? It’s very difficult … I absolutely see his point. He said he’d thought about it quite a lot and he just could not see how he could bring it across and keep that aspect of it, which he felt was absolutely integral to the book.”

And so Harold surrendered to Claudia… as Lively had said, a film without the main character’s internal voice would not have been a true rendition of “ Moon tiger”. Claudia’s wonderful, complex and frustrating essence could never be reproduced.