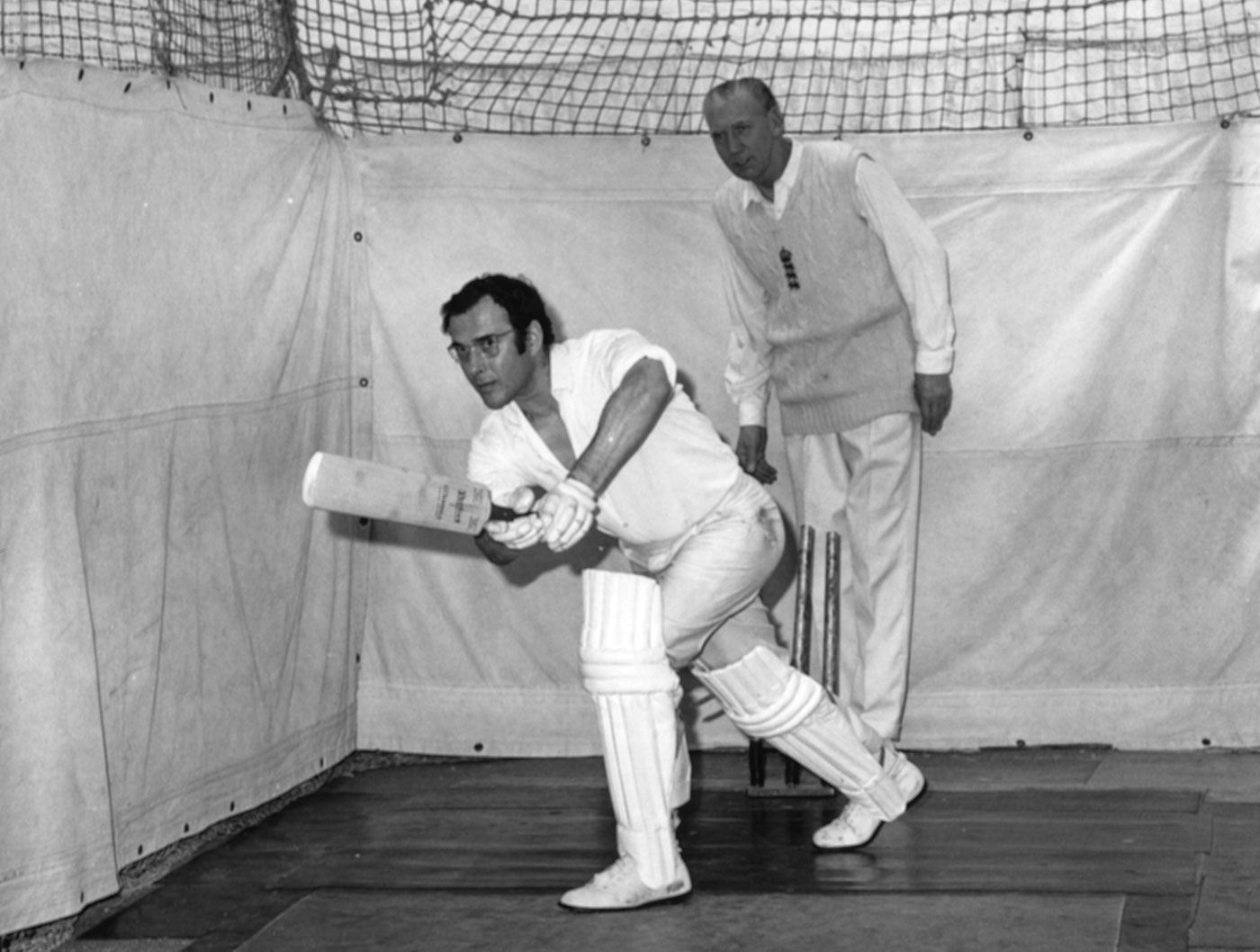 “Cricket has been part of my life since the day I was born.”

Harold loved saying this again and again. It was not only a joke; his passion for this old game, probably born in Southern England in the early 1300s, started when he was little more than a child.

At that time, he used to live in Hackney and used to wake up at 5 every morning to play with his close friend Mick Goldstein, in the empty pitches along the Lea river. They used a tree as a wicket and pretended to be the great champions of that time…Ray Lindwall, Keith Miller, Denis Compton and, of course, Len Hutton.

His favorite champion was Len Hutton. Considered one of the most talented batsmen in cricket’s history, the British cricket player Hutton began his activity in 1934 in Yorkshire and had a rapid career. He was stopped by the war in 1939, while he was part of the English national team.

Funny enough, Harold would have had the chance to meet him in person. Pinter had gone away in Yorkshire and saw his hero, on leave from the army, playing in Headingley. But, as the British playwright often remembered, ”I was too shy to get closer to him. I’ve been regretting it ever since”. In 2002 he dedicated to him the poem “I saw Len Hutton in his prime”.

For sometime, Harold didn’t play cricket. He began again during the 60s, when his son Daniel was playing the sport too. He started to train again, with an Italian teacher, and joined the “Gaieties Cricket Club” team. He  later became its Captain.

Harold’s house was full of cricket heirlooms: a library exclusively dedicated to volumes about his favorite sport, 145 Wisden Almanack’s editions, a framed copy of William Gilbert WG Grace’s signature (he was a British icon with a record of 44 straight seasons played, from 1865 to 1908). There were also pictures of the “Gaieties” as well as an oil painting of himself wearing the typical white trousers that he used to show during the matches.

Harold loved cricket as much as he loved the theater.

According to him, they were the two great metaphors of life. It is possible to find references to this in many of his works. In “No Man’s Land”, for instance, the four characters take their names from famous players of the past- Hirst, Spooner, Briggs and Foster. Similarly, some cricket matches’ scenes are included in the movies by Joseph Losey, “Accident” and “The Go-Between”, for which Pinter wrote the screenplays.

In October 2008, Pinter had his last interview and he said to the sports journalist Andy Bull:

“I tend to think that cricket is the greatest thing that God ever created on earth – certainly greater than sex,

although sex isn’t too bad either.”

He also said that he was looking forward to seeing “The Ashes”, the oldest international cricket competition, that had to be hosted in England during the summer.

England defeated Australia but unfortunately Pinter had already passed away.