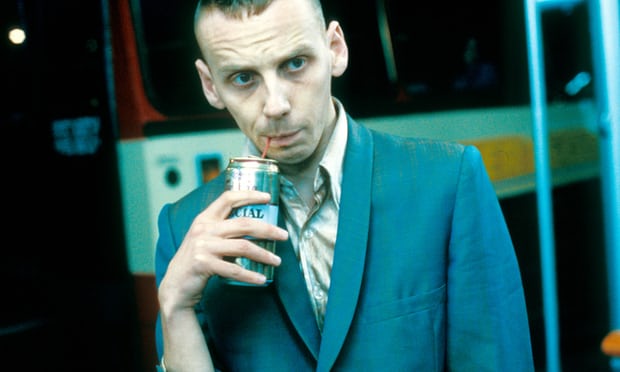 Fans of the cult movie Trainspotting, the 1996 film directed by Danny Boyle – based on the novel by Scottish writer  Irvine Welsh – will remember him in the role of Daniel Murphy, aka Spud, a shy and aloof lad who lives in the outskirts of Edinburgh, carrying out petty thefts with his group of junky friends.

His name is Ewen Bremner. And he was  “love struck” by Harold Pinter at a tender age.

Born in Edinburgh in 1972, Bremner initially wanted to become a clown. He started acting very young at the Edinburgh Traverse Theatre, where he appeared in the theatrical version of “Trainspotting”. In 1995 the company moved from Scotland to the Bush Theatre in London where the play was a huge  success. He then went on to start a career in TV and cinema with minor roles. He landed his first role as protagonist in “Forget About Me”, the 1990 film directed by Michael Winterbottom. Other films followed, including “As You Like It” by Christine Edzard, the film version of William Shakespeare’s comedy – and finally international success came with Trainspotting.

But let’s take one step back.…

Ewen was thirteen when he discovered Harold Pinter. He saw an adaptation of “The Dumb Waiter” on television and he was struck by the strength of the Birtish playwright’s text: “It was incredible to see two blokes locked up in a room and talking about nothing for over an hour. I was shocked by the simplicity and linearity of the work. It was just words, but what they didn’t say, what was left out of the dilaogues, was bigger and more powerful. What wasn’t said  revealed  the inner world of the characters in its entirety, and that was amazing. That was when I realized the strength of that way of communicating, everything transpired from what was not being said, from the subconscious.”

Maybe Ewen never imagined he would one day meet Pinter.

They ended up acting side by side in the 1998 film “Soho” directed by the Londoner Jez Butterworth.