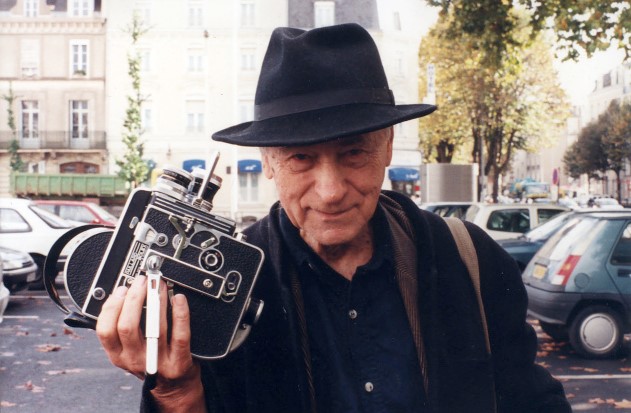 It was 1964. Harold Pinter was flying from London to New York for the premiere of one of his plays. By chance he was sitting next to Mr Mekas.

Jonas Mekas, today ninety-six, is a living legend of cinema.

A Lithuanian director, poet and artist, he became  an American citizen and founded Film Culture magazine and ‘Anthology Film Archives, the most important avantgarde cinema archive in the world. His role was fundamental to the development of the “New American Cinema”. A versatile character, throughout the twentieth century he collaborated with artists such as Andy Warhol, Yoko Ono, John Lennon, Velvet Underground, Allen Ginsberg and Salvador Dalí.

As travel companions, Harold Pinter and Jonas Mekas conversed amiably and discovered they had many friends in common, including Greek director Nico Papatakis who in 1950 had produced the sole film by  controversial director Jean Genet, “Un Chant d’Amour”. Made with the bare minimun in terms of equipment, the short film had no sound and did not use professional actors. It is the crude and dramatic love story between two prison inmates, suspended between dream and reality.

Strongly marked by censorship cuts because it was labeled as pornographic, the film was made available to the public only two decades later, in 1971, when it was screened in British cinemas.

But to go back to the flight.

Mekas revealed to Pinter the reason for his trip to New York: he was trying to get  the scandalous movie into America. Pinter immediately realized the big risk the director was taking. Both knew that the film, rolled up in the pockets of Mekas’ overcoat, was unlikely to get through customs. They would confiscate it and the director would probably be arrested and tried (which is what happened when Mekas divulged Jack Smith’s film “Flaming Creatures” ). 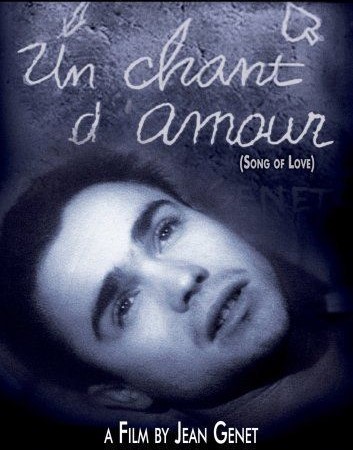 Harold and Jonas therefore studied the best strategy to get the film through: Pinter was going to pave the way by distracting the customs inspectors so Mekas would get in unscathed!

Aftyer landing, Pinter chose a customs officer and approached him.

Questioning began for both and when asked to open his case Pinter obeyed. The officer was astounded as the  playwrights’ luggage did not contain clothes or shoes but some thirty copies of the play that was about to be staged!

Enthusiastic of the thought of meeting a celebrity the officer called his colleagues over and share his excitement: “Hey guys, this is no joke… this boy’s a true Boradway star!”

And as they all curiously crowded around Pinter’s suitcase, Mekas and “Un Chant d’Amour” were able to enter the United States without problems.

“I turned around and thanked Pinter with a nod. He was looking at me, with a  playful expression, amused by how we had been able to smuggle the prohibited film in.