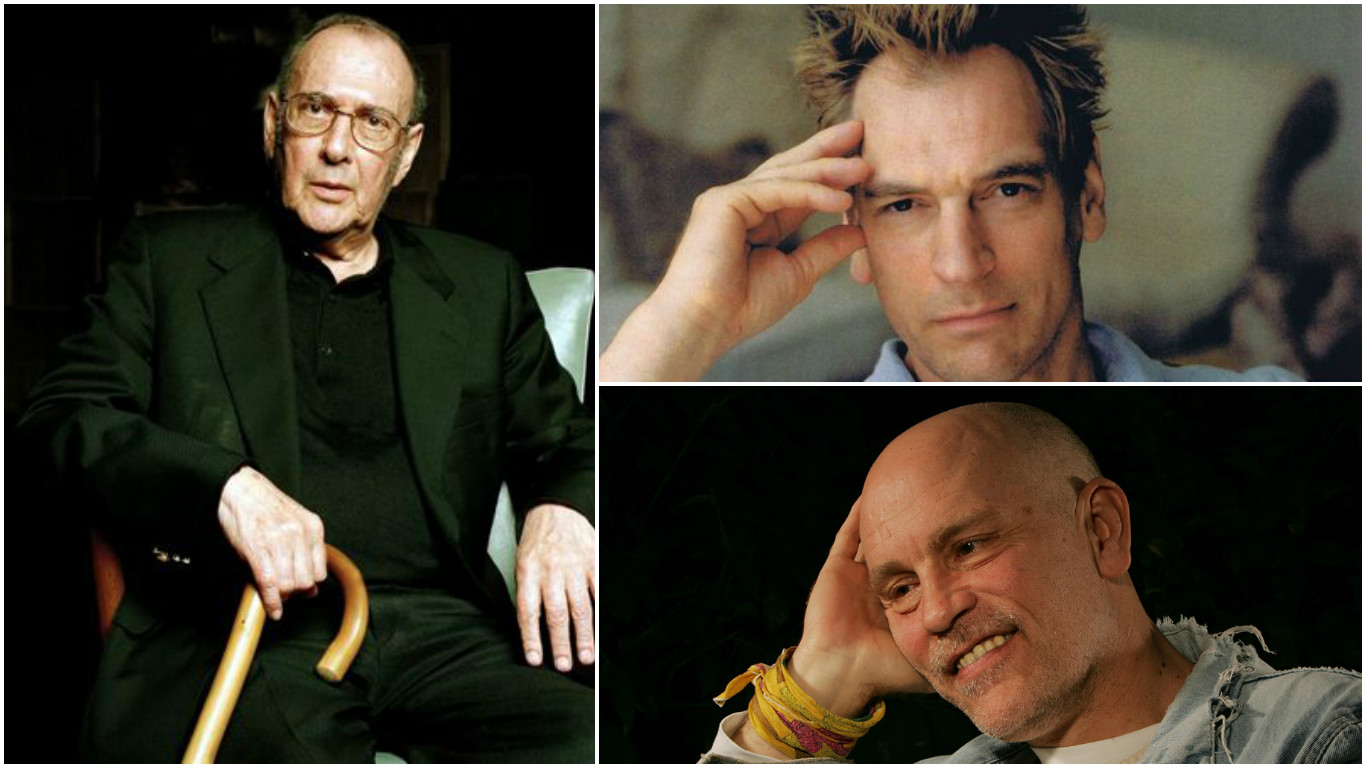 “What would you say if I would ask you to lend me your voice, Julian?” I imagine this was the kind of conversation during a lunch at Pinter’s home.
In very plain terms, with a direct question like Harold’s style.

It happened in 2005. Julian is Julian Sand, the famous British actor who starred in films such as “The Killing Fields” and “Room with a View”. The two have known each other since 1987, when Sands played in “Basements” a Robert Altman’s adaptation of Harold Pinter’s ‘The Room” and “The Dumb Waiter”

Pinter was already ill and knew that he would not be able to give a reading of his poems at a charity event held at St. Stephen Walbrook’s Church in London. Julian was the perfect to do it, in his place.

I imagine a pause after that question. I imagine Sands wonder why Harold chose him.

And so began what Julian Sands called the master class. Hours and hours of intense work to understand the poems of Pinter, to capture the nuances, to understand how to interpret them. Harold was always at his side, a careful, precise, uncompromising teacher, able to convey the rhythms, times, breaks to his pupil… And then came the lucky day.

Sands said that Pinter sat in the third row suggesting the words, mimicking like a parrot. It was his way to support and encourage him. It was the time when Julian felt most frightened. The show went well, Harold appreciated Julian’s work and their solid friendship arose.

Then, three years later, Harold died, and left us alone. Julian Sands was in Los Angeles, there had been no plan to commemorate his friend. So, with the blessing of Antonia Fraser, he paid homage to his friend in a church on Hollywood Boulevard focusing on Pinter’s poetry and his own personal anecdotes about encounters with the man.

Julian continued to play Pinter, but only occasionally. Until John Malkovich directed him.

The two man had known each other for some time, they were friends and, above all, shared a great passion for Harold. Malkovich’s passion started when he was a college student (he made his debut in “The lover”), continued in Chicago with the direction of many of his works and culminated with the production of Pinter’s “Old Times” for the BBC.

Julian and John began working together for nearly a year, they met in Los Angeles, Vienna, Paris … both wished that Sands’ experience would become more than just a tribute to Harold. They wanted to make it a true “theatrical experience” to make Pinter, and his works, known all over the world.

They succeeded! Malkovich masterfully conducted Sands in “A celebration of Harold Pinter”, whose debut took place at the Edinburgh Festival in 2011. A splendid one man show featured in the theatres of: New York, Chicago, Los Angeles, Mexico City, Budapest, London, Paris. Honored with a 2013 Drama Desk award nomination as best off-Broadway prose and musical performances.

“When Sands reads Pinter’s poems …you feel the playwright’s presence” wrote the New York Times in 2012. And I like to think that Harold is there, crouching in the front row, once again suggesting the words to Julian.