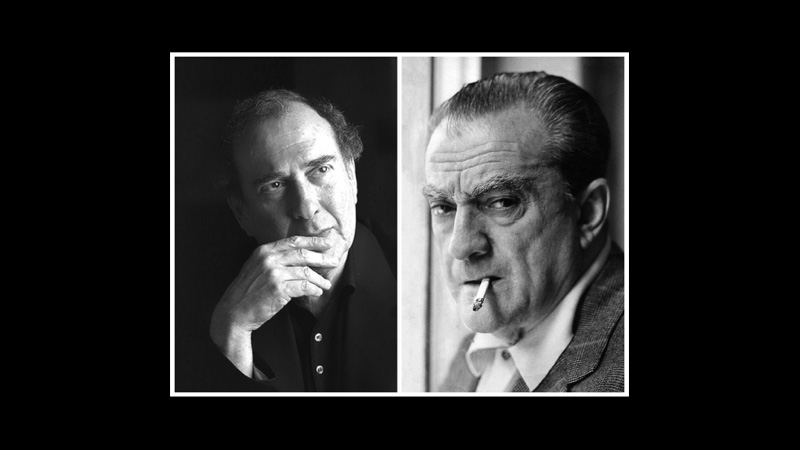 At that time I was little more than a child. I didn’t know Old Times and my love for Harold had yet to see the light.
It was 1973 when, for the first time, Old Times was on performed in Italy with the modified title “Tanto tempo fa”.
The director was the great Luchino Visconti. Umberto Osinio played Deeley, Adriana Asti acted (naked) in the role of Kate role, while the incredible Valentina Cortese took Anna’s role.

The opening night, at the Teatro Argentina, in Rome, was a success.

Orsini remembers that everybody was there for that opening night, anyone who was anyone in European theatre and cinema was there to applaud the director of Il gattopardo, who stood in the shadows of the stage.
During the 35th perfomance Pinter came suddenly from London.

At the end of the perfomance, a whistling was heard in the room. It was Harold.

He didn’t like the Italian version of Old Times. So, the future Nobel prize winner, unleashed his terrible anger.
Pinter took away Viscont’s rights to staging the play, saying that he hadn’t adopted the translation indicated by him. Indeed, he didn’t like the way our director had interpreted things and accused him of not respecting the standards of his own stagings.

Thirty years of silence and then, in 2004, Old Times was back on stage, once more with Umberto Orsini as protagonist. That time things went differently. With that British irony that never left him, Pinter said to the director Roberto Andò: “I can’t wait to go to Milan and see Old Times. It’s the first time that it goes on stage in Italy, apart from the “homonymous” text by Visconti…”

One thought on “And Pinter whistled Visconti”