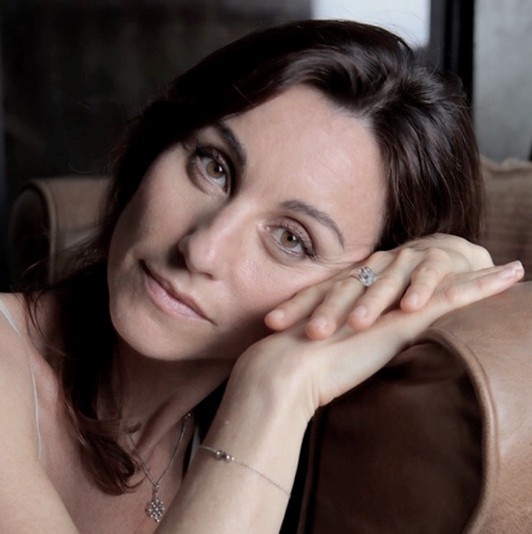 On completing my thesis – The History of Rome through 100 Years of Cinema – I left Italy and spent four months in Japan, India and Indonesia in search of the different philosophies that separate east from west, and that which forms the basis of eastern theatre and Japanese poetry.

I then left for New York to seek a different way of bringing text and characters to the stage. I found answers to my question at the Lee Strasberg Institute, where I studied acting for both the theatre and cinema for two years. It was here that I began to understand what was hidden behind a text, and the genius which lies behind so many of the characters in the history of the theatre – here, at this  very Institute, and during the many nights spent at the Off Broadway shows in New York where contemporary theatre pieces were being staged.

In New York I became more intimately “acquainted” with the writings of Harold Pinter and fell in love with them!

And in summer I went to Birmingham to attend the Russian school seminars, because I still felt something was missing. For two years I worked with teachers at the Russian School of Acting in Birmingham and the Russian actor, Albert Filozov.

On returning to Italy I became a teacher and actress alongside the two American masters, Michael Margotta and Robert Castle. I opened the Teatro Primo Studio space in Milan and, together with other teachers, I continue to study and carry out research into theatrical and cinematic communication and expression. Then came the studies of theatre biomechanics and text analysis with Nikolay Karpov: this encounter changed my life and helped complete my research, if such a thing can ever really be said to be ‘complete’.

In 2012, my twin passions for writing and cinematography led to the opening of Film Beyond, dedicated to the production of documentaries such as “Fukushima: a Nuclear Story”.
But that is another chapter…