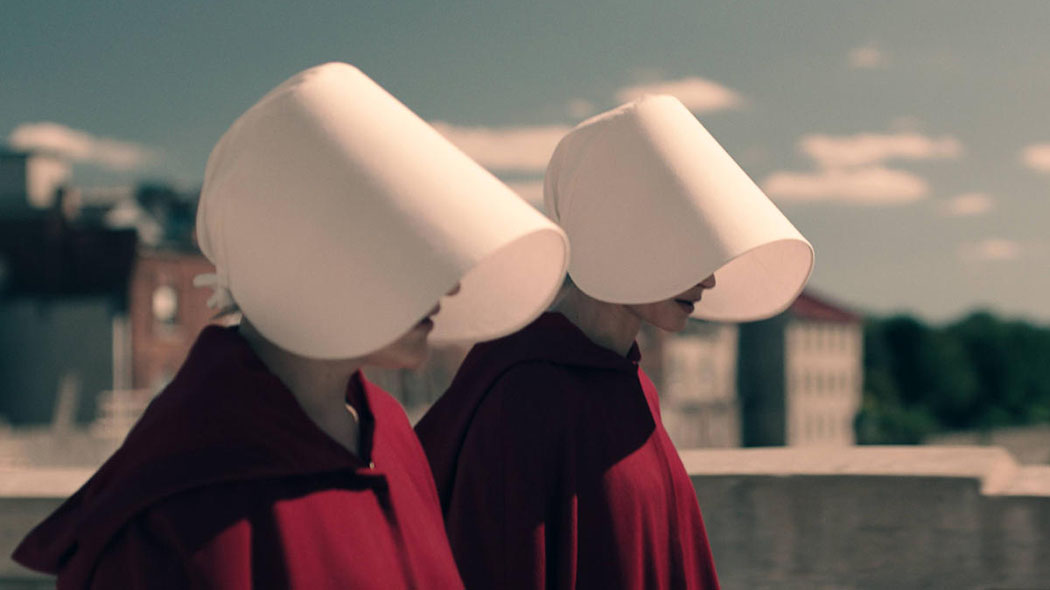 This version gave rise to a film directed by Volker Schlöndorff – famous for “The Tin Drum”– with  Natasha Richardson in the main role and featuring other famous actors like Faye Dunaway, Aidan Quinn, Elizabeth McGovern and Robert Duvall.

Almost thirty years later, a new adaptation of the famous novel has debuted on the American streaming service, Hulu. It has once again turned out to be a resounding success among critics and public alike and, because of its controversial themes (including the subjugation of women), it has aroused the same kind of passionate debate seen earlier on the book’s publication.

“The Handmaid’s Tale” is set some time in the future when the United States, after an apocalypse, has become a totalitarian regime. In the fictional Republic of Gilead, the handmaids are fertile women deprived of their freedom and treated as little more than simple tools for the reproduction of the species.

Born in Ottawa in 1939, Atwood is a prolific and versatile writer who has explored writing in all its facets, from novels to short stories, from poetry to children’s books, from radio and TV scripts to political and moral essays. She has always been active in the defence of women’s rights and the environment.

She has been nominated for the Nobel Prize several times and has received numerous awards including, in 2016, the PEN Pinter Prize for her coherent support of political causes, and for being an exemplary intellectual who not only struggles to defend her values but also puts them to the test, novel after novel.

Harold Pinter admired Margaret Atwood as a person, writer and activist. However, such was his annoyance at the cuts and changes she made to his screenplay during the shooting of the film in 1990 that he distanced her from the project.