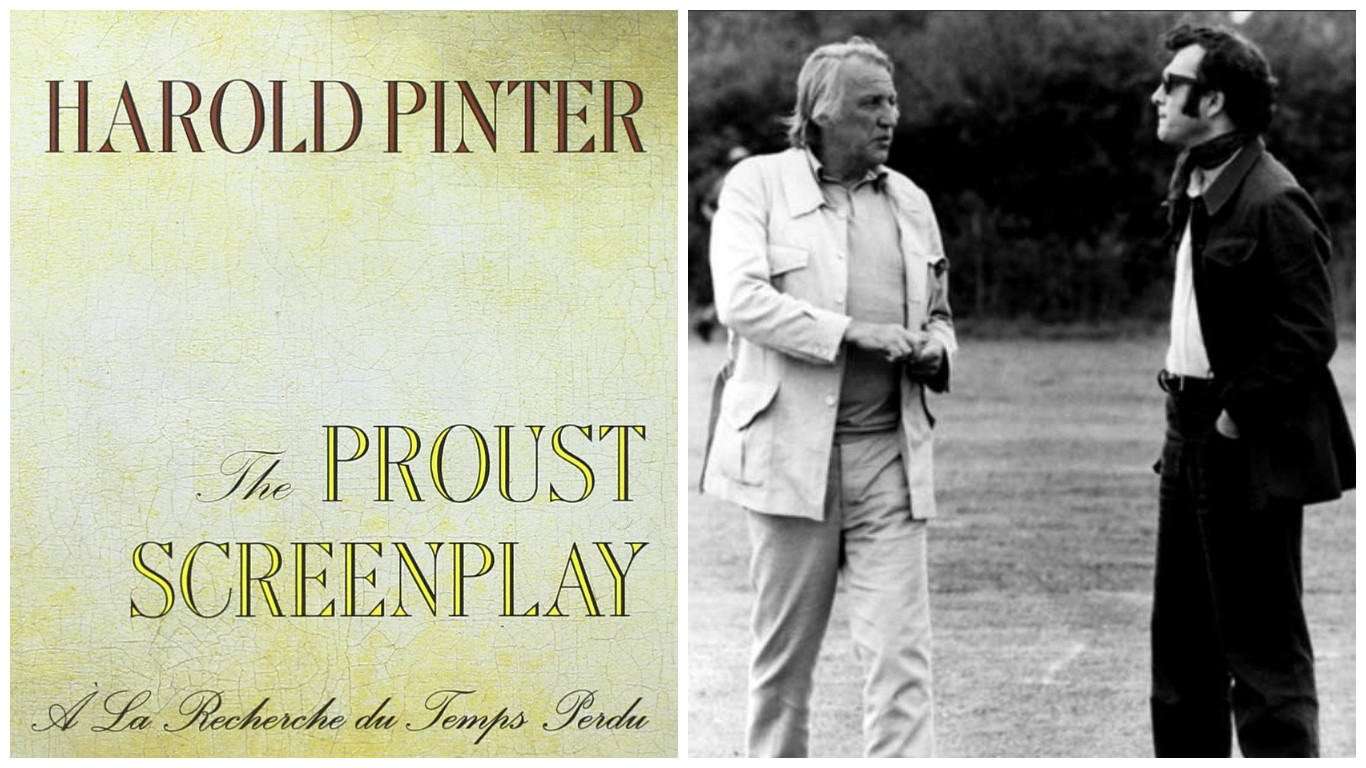 A recent movie I’ve loved is “Lion”. Based on the autobiographical book  “A Long Way Home”,
the film tells the true story of Saroo Brierley, a child tragically separated from his family, adopted by an Australian couple on a completely different continent, that managed to find his birth mother 20 years later.

It is a mental journey that begins with a typical Indian-fried-cake called a jalebi that triggers childhood memories, like Marcel Proust’s madeleine.

You may ask me: what’s up with Pinter?

Because watching the movie I thought about how much I would have liked to be in the front row to enjoy the “Recherche” screened by the great Harold.
A dream. Because the film, which should have been directed by Joseph Losey, was never realized. Not by Pinter’s fault. He threw himself into the “Recherche” of Proust.

It was at the beginning of 1972, and Losey, who had already worked with the Nobel Prize in masterpieces such as the “Servant” and the “Incident”, proposed screen for the work of the great French writer. For three months, every day, Pinter read the Recherche and in the summer of that same year he traveled several times to France: at Illiers, in Cabourg, in Paris, to live in the “Prussian places”. He took hundreds of notes to find, in the end, “very puzzled about how to deal with such a huge task,” as he himself had to say.

However, they were all very skeptical: how was it possible to condense Recherche into a movie? How would Pinter, the master of the unspoken, make that infinite amount of stories, descriptions, and reflections that is the Recherche?

It is true that at the end of 1972 the screenplay – “a simple cinematic vision” as Pinter described it – is ready.

In the brief introduction we read: “We have decided that the architecture of the film is based on two opposing principal principles, one of essentially narrative movement, disillusionment, and another, more intermittent, at a time in which the theme that had been lost was found and fixed forever in art.”

It would have been interesting to see the developments of this idea in pictures.

Unfortunately no producer funded the film.

There remain, the beautiful 166 pages (published in Italy with the title Proust, a screenplay) in which Pinter managed to condense Proust’s immanent masterpiece. And his memory of that time: “The year I worked in Recherche was the best year of my life.”