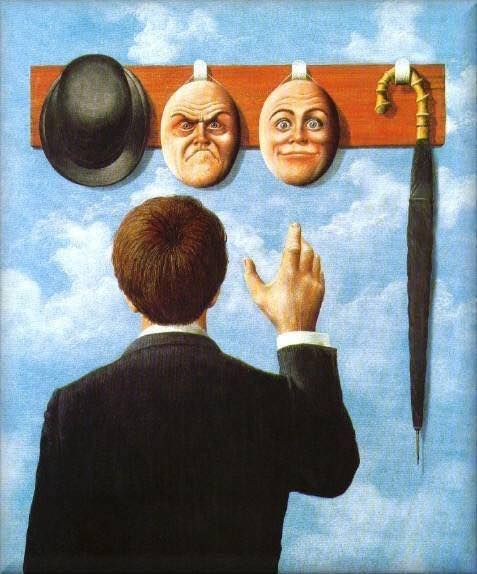 Richard. Is your lover coming today?

So begins “The Lover”, a one-act play written by Harold Pinter in 1962 and staged the following year at the Arts Theatre in London, directed by Michael Codron and David Hall, after its first performance on television starring Vivien Merchant, the playwright’s first wife.

The first lines suggest a comedy based on the most classic of love triangles.

Richard and Sarah are a seemingly ordinary couple living in a detached house in the countryside near Windsor.

He is a respectable businessman who spends a lot of time at work. She is a housewife, rather bored by the monotony of married life who has fun with Max. Max calls on Sarah at home whenever Richard goes to work in the City. For his visits, she exchanges the flat shoes she wears in everyday life for seductive stiletto heels. Max is very different from her husband, a striking contrast to his staid bigotry. What’s more he is fully capable of satisfying her.

Although Richard is aware of Sarah’s extra-marital affair, the couple seem to get on well. There are no secrets between them and her husband appears to accept his wife’s betrayal with typical British aplomb … A progressive indulgence, perhaps a little excessive, even for swinging London in the 1960s.

But of course Harold Pinter has accustomed us to much more,

and as we expect from every work there are surprises in store.

Why does Richard take his wife’s adultery so lightly? Perhaps because he also has a fling, stopping off on his way home from the office to enjoy himself with a prostitute?

Too trivial. This is Harold Pinter. So what is the secret behind this ménage, in which the couple seem to find their balance, their strength and also the reason for their existence?

With a twist in the plot, Harold Pinter reveals the true identity of the woman’s two lovers. On the stage of life there remain only a man and a woman: Richard and Sarah. And their double existence, their refined deception, prisoners of the repetitive mechanisms of a role-playing game in which the two protagonists alternate in interpreting their respective lovers, in a whirlwind of endless lies.

“The Lover” – which still preserves its timely relevance and irrepressible strength – has an almost Pirandellian flavour… Man is nothing but a mask, unable to express depth of being, blocked by insecurity and fear of the judgement of others.

Or as Harold Pinter said:

“The life of each of us is always threatened and uncertain.

We live in repression and pretend to live in freedom.”