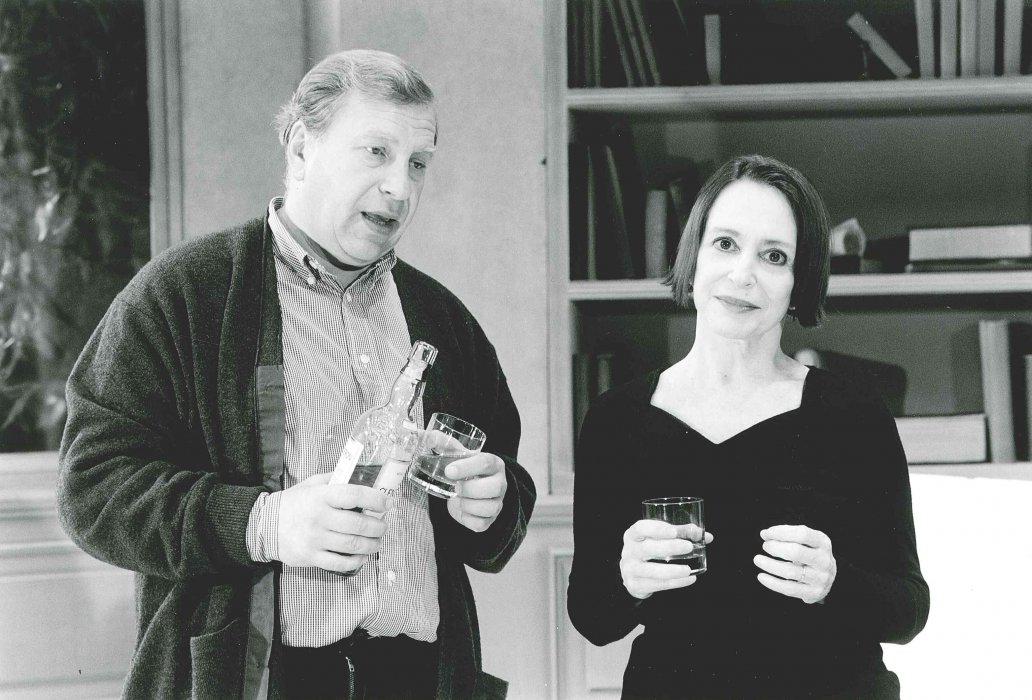 This is what  Adriana Asti remembered, in a recent interview, of Harold Pinter’s answer when she asked him if he would direct her in “Ashes to Ashes”.

Performed in England in 1996, “Ashes to Ashes” was one of the English playwrights last works. The Italian premiere was directed by Pinter himself in 1997 and staged at the Teatro Biondo in Palermo.  Adriana Asti, who had already performed several Pinter plays, (she appeared naked in the version of “Old Times” directed by Luchino Visconti) played Rebecca , a woman in her forties  , who appears most of the time sitting in a  grand white armchair. Rebecca is married to Devlin who was played by Jerzy Stuhr, known for having worked with directors  the caliber of Andrzej Wajda and Krzysztof Kieslowski.

“Ashes to Ashes” is considered a work that confirms the classical formula of Pinter’s playwrighting and reflects the civic commitment that characterized his life. The play is a series of apparently ordinary dialogues between the couple. Rebecca reveals disconcerting details about her past, she is obsessed by terrifying memories of genocide and deportation. Her husband in turn puts his wife through a grinding interrogation about her hypothetical lover.

The Rai of Torino (Italian TV network) made a television version of the work , under the supervision of Harold Pinter himself. The 55 minute masterpiece was broadcast in 2005.